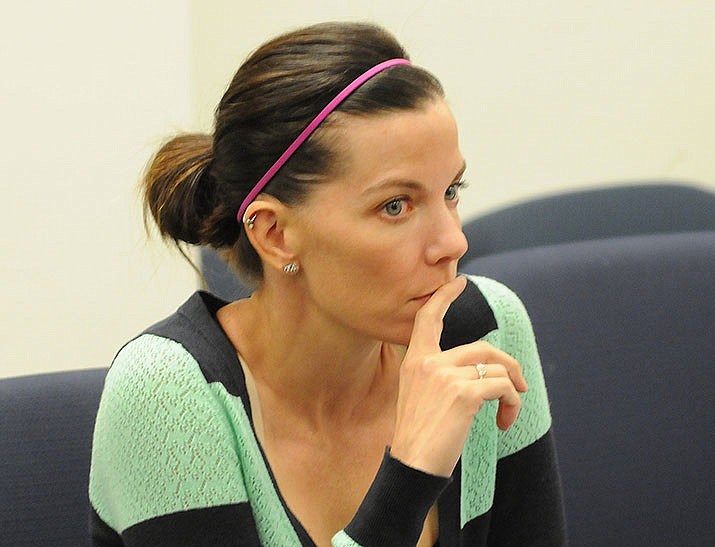 PHOENIX — A veteran state lawmaker is seeking to trim the wings of the secretary of state, at least when it comes to enacting procedures for conducting elections.

SB 1014, proposed by Sen. Michelle Ugenti-Rita, R-Scottsdale, would require that any changes in the formal election manual be approved by the Governor’s Regulatory Review Council. That means there would be formal public hearings.

What it also means, said Ugenti-Rita, is that the council would be able to quash any changes that members believe go outside the legal authority of the secretary of state. 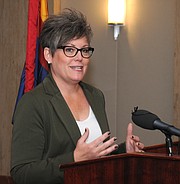 This is more than an academic question.

Ugenti-Rita is particularly upset that Katie Hobbs has proposed to give people who fail to sign the envelopes on their early ballots an additional five business days — even after Election Day — to come in and make the fix and have their votes counted. The senator said that’s not something that’s allowed by law.

“That has to be something that’s done at the Legislature,’’ she told Capitol Media Services. “You can’t just arbitrarily put it in the manual.’’

Ugenti-Rita also is separately preparing legislation to specifically ban counting any ballot when the voter did not sign it, effectively trumping the change she said Hobbs is illegally proposing.

Murphy Hebert, spokeswoman for Hobbs, said the provision was part of a deal to settle a federal court lawsuit filed against the state last year by the Navajo Nation. Attorneys for the nation argued that tribal members who did not know they were supposed to sign the envelopes or whose signatures did not match were effectively disenfranchised when election officials did not count their ballots.

Ugenti-Rita said that’s irrelevant, saying that Hobbs lacked the authority to agree to such a provision and instead should have sought legislative authority before settling.

But Hebert said her boss was not acting on her own. She said lawyers from the Attorney General’s Office were involved in the negotiations and advised Hobbs that inserting the provision about unsigned ballots was within the powers of her office.

“We weren’t doing this without having legal advice,’’ Hebert said. And she added that three different counties also are part of the settlement, “which means three county attorneys reviewed the agreement.’’

Under current law, changes in the election manual must be approved by both the governor and the attorney general. The changes Hobbs has proposed — including the issue of unsigned ballot envelopes — remain under review.

Ugenti-Rita said it makes more sense to move it the Governor’s Regulatory Review Council as SB 1014 would do, saying that panel already has purview over changes in rules sought by other state agencies.

“So if you’re going to do rulemaking you need to make sure ... that the rules don’t go outside their authority, that they’re in line with statute.’’

Ugenti-Rita said banning the counting of unsigned ballots is hardly a radical concept — or something that should not be a surprise to anyone.

“Just look at the disclosure on the envelope itself,’’ Ugenti-Rita said, where it spells out that the failure to sign means the ballot won’t be counted.

“The common, longstanding practice is those are not counted,’’ she said.

But Bo Dul, the state elections director, said the fact that Ugenti-Rita intends to introduce legislation proves the point that Hobbs was within her authority to set out rules on how to handle unsigned ballot envelopes.

“The statutes are silent,’’ she said.

More to the point, Dul said that election officials in each of the 15 counties were using their own interpretation of the law to decide how to handle these situations. That, she said, resulted in inconsistent policies.

The proposal for the election manual, said Dul, will ensure all voters throughout the state have their ballots treated the same way.

Hebert said there’s a risk to the state if Ugenti-Rita pushes through legislation to ban the counting of unsigned ballots. She said that would mean the state is not complying with the deal to settle the Navajo Nation lawsuit, sending the case back to court.

That does not bother Pima County Recorder F. Ann Rodriguez. She told Capitol Media Services it was wrong of Hobbs in the first place to agree to that out-of-court settlement, including the provision on unsigned ballots.

“It’s my position either we argue these litigations in a court of law or we go back to the Legislature and seek legislative approval,’’ Rodriguez said.

She said that Hobbs, in agreeing to the change, did not take into account how it actually would affect the county recorders who are the ones actually tasked with running elections. And Rodriguez specifically said that requiring counties to keep taking votes after Election Day from those who didn’t sign the envelopes simply is not realistic.

Rodriguez did say, though, that it is a different story if her office were to get a ballot in an unsigned envelope long before Election Day. She said that would allow her staff to contact the voter and inform that person of their options to actually cast a ballot, in time, that would count.