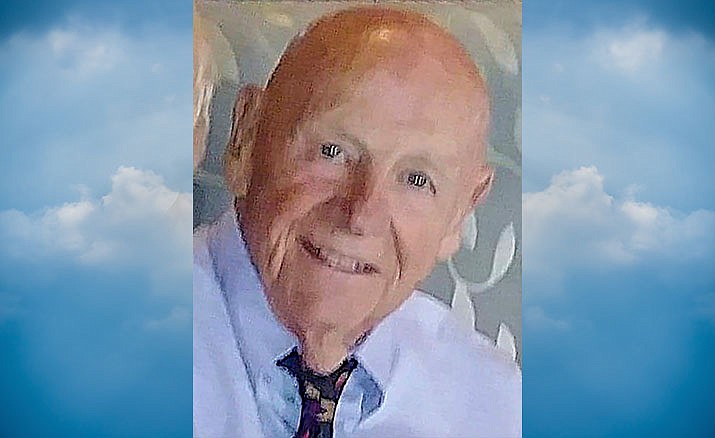 Larry Eugene Colborn, of Dewey, Ariz., passed away on November 9th, 2019 under Hospice care in his home, surrounded by his wife and children. Larry was born in Elgin, Ill, on November 15th, 1934 to Marjorie (Bradbury) and Albert Colborn.

Larry grew up in Dundee/Carpentersville, Ill., graduated from the University of Illinois at Champaign Urbana, did graduate work at Pepperdine University and served nearly 3 years in the U.S. Army on Okinawa. Larry began his 35-year career in the insurance industry with Safeco (now Liberty Mutual) in Southern California. He then was an Assistant Vice President at Metropolitan Property and Liability in Rhode Island and ultimately retired from the industry as Vice President of Cal Farm Insurance, in Sacramento, Calif.

Along the way, Larry coached his kid’s swim meets, baseball, soccer teams and track events. He was a marathon runner, played a little golf, did a little snow skiing and water skiing. Larry sang baritone in a barbershop quartet and chorus in Truckee, Calif. He was a master wood carver of “duffer” ducks and water fowl that were sold in the Tahoe area galleries. He carved Canes of Courage for returning veterans; he played harmonica, guitar and banjo. Larry was a renaissance man. Most of all, he was a good and honorable man.

A Celebration of Larry’s beautiful life will be held at a later date in Dewey, Ariz. Arrangements were made by the Neptune Society of Tempe, Ariz.