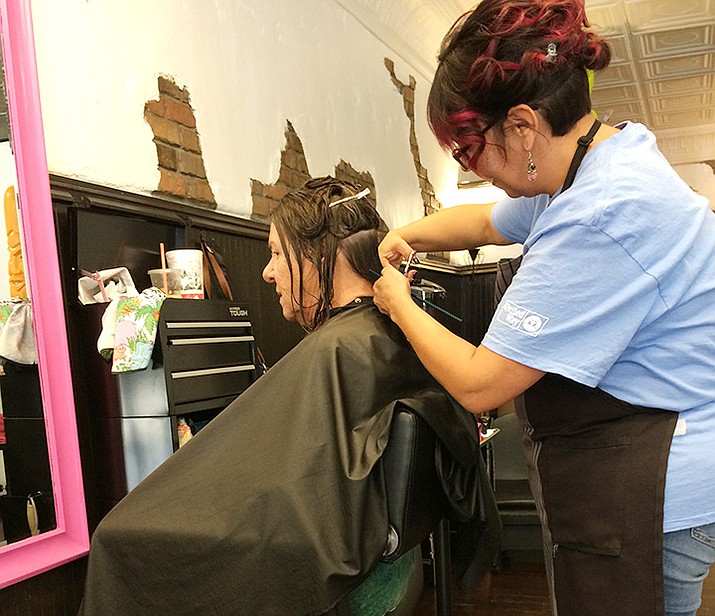 The United Way of Yavapai County hosted a Day of Action for residents of the Prescott Area Shelter Services on Saturday, Nov. 9, offering them a day of pampering thanks to the generosity of a hair salon owner who knows what it means to be homeless.

Michelle Caddell, owner of Prescutts Salon on East Gurley Street, opened up her shop to the residents rooted in her connection to agencies similar to PASS who helped her when she was a single mother with a young son and nowhere to go. Contacted by United Way Development Coordinator Brandon Young, Caddell was impressed with the agency’s 87% success rate of placing women and children into permanent housing, the release said.

Thanks to agencies such as PASS, Caddell was able to overcome her difficulties. Today, Caddell is a married business owner with three children, eager to “give back to the community,” the release said.

Caddell was joined by several other women-owned businesses to offer a day of pampering to these women, many of them single mothers with children.

The day kicked off with Findlay Toyota shuttling residents to Amy’s Indoor-Outdoor Exchange in Gateway Mall, where the women were given vouchers to shop for clothes. Following the shopping, Findlay Toyota transported the ladies and their children to Prescutts to receive haircuts and styles. Some residents had their nails done by the owner of Absolutely All About You, LaVaya Van der Boom. The women and children then were treated to lunch by Ms. Naturals owner Claudia Medina and her staff. A next-door neighbor, Dark Mountain Yoga owner Adrienne Carey, donated proceeds from their classes on this day to PASS. In addition, reflexology treatments were provided by Rebecca Hagman. To end the day the women received single roses from Bowens Botanical owner Cara Foster and gift bags for themselves and the children. Items in the gift bags were provided by UWYC staff, and hair product distributers Maka, Salon Centric and Armstrong McCall.

Traditionally, the United Way hosts a Day of Action each June, volunteering in programs, in concert with all other United Way agencies around the world. The United Way leadership recently opted to find ways to do this type of activity on a more regular basis, customizing volunteer days to fit the needs of our service providers and their clients, the release said.

“It was a special and meaningful day to treasure for the PASS residents, volunteers and donors,” concluded Annette Olson, Executive Director of United Way of Yavapai County..