Editorial: We need a distracted-driving law 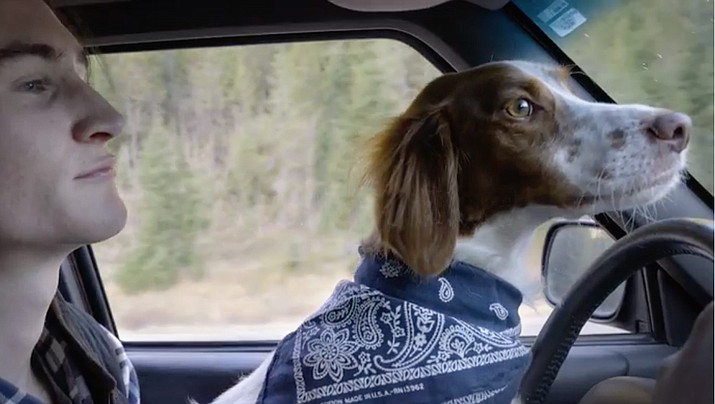 Pass a car and look over, and the person next to you sometimes has a dog on their lap, or they might be eating something or are reaching for an item in the back seat or applying makeup. (Stock image)

You can see it happen almost anywhere, but the law is not clear on it.

Drive down the roadway, pass a car and look over, and the person next to you sometimes has a dog on their lap, between them and the steering wheel; or they might be eating something or are reaching for an item in the back seat or they are applying makeup.

The closest we came to having a law designated specifically for distracted driving was this past April when Gov. Doug Ducey vetoed a distracted-driving law. He signed the bill banning cellphone use while driving, but rejected a companion bill about distracted driving. The first focused on electronic devices, the latter would have covered everything else.

He said he did not want to confuse people. Well, get ready…

Forgetting cellphones for a second, while it may not be illegal to drive with Fido on your lap — or do any of those other things — if you do something illegal as a result, you still can be cited.

Yes, there are many statutes that could be applied, such as Arizona Revised Statute 28-893. Basically, a person shall not drive a vehicle “when the vehicle’s load or passengers obstruct the driver’s view … or interfere with the driver’s control over the (vehicle).”

That one could be the dog, a child, a passenger, boxes, etc.

And that statewide law that bans texting while driving and other handheld cellphone use while on the road, it does not kick in for fines for violators until 2021. For now, you’ll get a warning from that one, except in the tri-city area and Yavapai County where most places have bans in effect now.

And those local laws result in fines.

Crystal clear? When we’re driving we must concentrate on that task alone.

Currently it is not illegal to have Fido there, but know that if you do something illegal — cause a crash, swerve, change lanes illegally (anything) — and a police report is written, the court and your insurance company will take notice of the note in the file that a dog was present.

Along with cellphone use, anything other than driving: just don’t do it.

It is also not good for the dog, which could be flung into the windshield, dash or out of the car in a collision or sudden turn or stop.

This is why we still support our legislators who are expected to reintroduce a bill calling for a statewide distracted-driving law.

You cannot legislate common sense, but some people do need a wake-up call.

Stay safe out there this holiday season.

Wiederaenders: Cars, trucks are for driving – not distractions
Editorial: We should all only drive our cars
Editorial: Hang up, or a law will tell you to
13 things you need to know about the new texting law
Bill could expand texting while driving ban, allowing police to make traffic stop for ‘distracted driving’