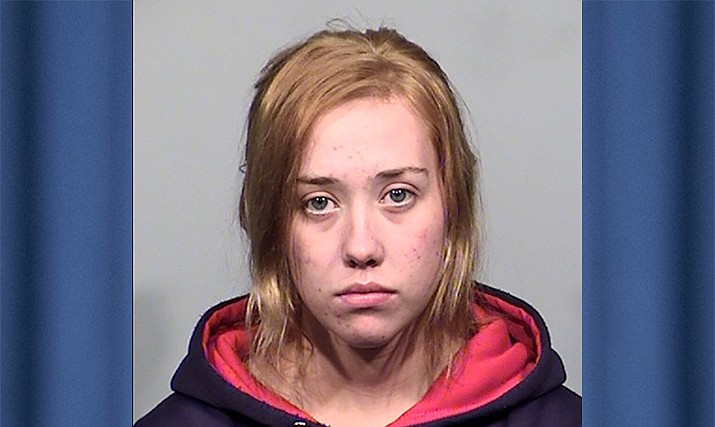 A young woman who was faking her identity to avoid arrest for an outstanding probation violation was captured by police on Nov. 12, according to a Yavapai County Sheriff’s Office news release.

The woman, Cortlynn Meyer, 21, was spotted by an officer from the Camp Verde Marshall’s Office as she was driving out of a car wash in Camp Verde, the release states.

When the officer pulled her over, she initially gave a false name, but then admitted to her true identity.

She was also found to be in possession of drug paraphernalia and a quantity of methamphetamine, the release states.

A passenger in the car Meyer was driving was later identified as Alejandro Carrillo of Rimrock. Carrillo had an active felony warrant for auto theft and possession of drug paraphernalia. He was also taken into custody.