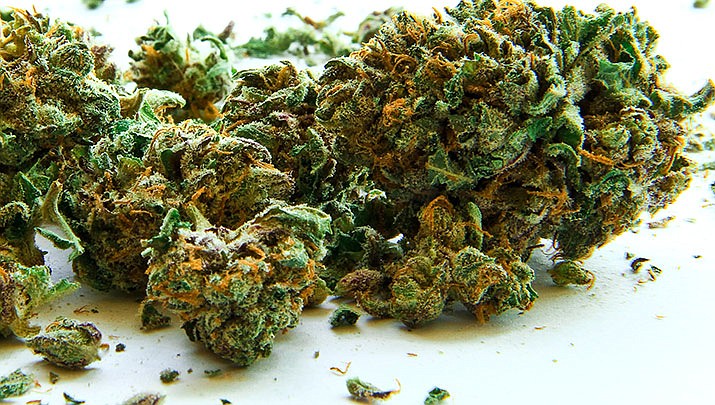 PHOENIX — Arizonans who want to use marijuana recreationally would get more places to buy it under a plan unveiled last week than in a competing initiative proposal.

The legislation crafted by the Arizona Cannabis Chamber of Commerce would add 100 retail outlets to the 130 dispensaries that already exist to serve medical marijuana patients. It also would allow for establishment of 25 “craft’’ licenses, aimed at helping those who want to process marijuana but are not associated with any of the big growers or retailers.

By contrast, what’s been dubbed the Smart and Safe Arizona Act, crafted — and financially supported — by some of the major players in the state’s medical marijuana industry, would cap the number of outlets in the 170 range.

Mason Cave, a member of the advisory board of the group crafting the new measure, said it also is designed to recognize that there are rural areas of the state without easy access to medical marijuana: A quarter of the new licenses that would be created under the recreational marijuana proposal would be earmarked for cities and towns that do not have an existing dispensary within 25 miles.

By contrast, he said, the initiative would assign some new licenses for recreational marijuana sales to counties with no existing medical marijuana dispensaries. But Cave said that still does not guarantee that residents of many cities and towns would have outlets that are within reasonable driving distance.

That issue of the number of licenses is more than just a question of convenience for shoppers.

The plan by the Cannabis Chamber is a specific reaction to the fact that the initiative would reserve most of the licenses to sell marijuana for recreational use to those who already have state medical marijuana licenses, the people who are financing the initiative.

Cave said that is unfair to others who have effectively been locked out of the Arizona market. He acknowledged that’s why much of the funding for this alternative is coming from interests, both in and out of Arizona, who want to get into the marijuana business, though he declined to identify them.

There are some common threads to the plans.

For example, both would legalize the possession of up to an ounce of marijuana by anyone 21 and older. And both are looking at a 16 percent excise tax.

But there also are some key differences.

Cave’s proposal keeps in place requirements enacted by the legislature earlier this year testing marijuana that is offered for sale for everything from mold to pesticides. He said the language in the initiative is nowhere near that strict, and even allows dispensaries to own their own testing facilities.

But the initiative has something not currently in the plan Cave and his group is pushing: allowing those who have previously been convicted for possession of an ounce or less of marijuana to ask a judge to have their criminal records expunged. Cave said that issue remains under discussion.

Cave told Capitol Media Services that proponents are looking for the middle ground between those who find the initiative too restrictive and those who would rather not legalize recreational use at all but would prefer this alternative to what’s in the initiative.

That buy-in is crucial because of the other key difference.

Rather than gathering signatures through the initiative process, Cave’s group is hoping to have its alternative placed on the 2020 ballot by lawmakers. If nothing else, that saves them the cost of hiring petition circulators to gather the 237,645 valid signatures needed by July 2 to send the issue to voters.

That, he conceded, creates a situation where voters would have to pick and choose between the two proposals.

If both are approved, they both take effect, with the proviso that the one with more votes takes precedence in cases of conflicting sections.

It also means that voters, being confused, could reject them both, leaving Arizona without a recreational marijuana program.

Cave said he’s not concerned about that. He said Missouri voters, confronting three separate measures last year on medical marijuana, managed to sort them out and approved only one.

There is an alternative: Ask state lawmakers to enact this plan — or something close to it — themselves. That would put something already on the books long before next November, giving voters a chance to decide whether they like what the legislature did or seek to replace it with the initiative.

Legislative enactment also would mean the ability of lawmakers to make changes if problems developed. Anything approved at the ballot, whether referred by lawmakers as is the case with Cave’s proposal or put there with petitions like the initiative, cannot be repealed and cannot be altered except to make minor changes, and then only with a vote of three-fifths of the House and Senate.

“We would love to see that happen,’’ Cave said of legislative enactment.

But he also pointed out that Gov. Doug Ducey has strongly hinted he would veto any attempt to legalize marijuana for anything more than medical use.

“I don’t think any state ever got stronger by being stoned,’’ the governor said.