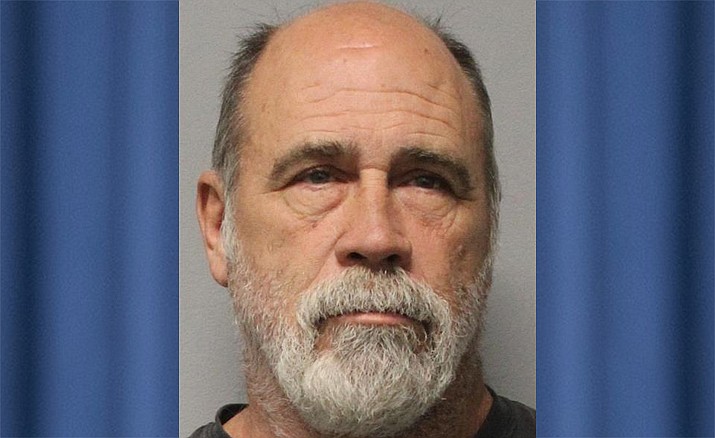 Prescott Valley resident David Speer Sr., 62, was sentenced to 48 years of imprisonment by the Superior Court of Yavapai County on local charges related to child exploitation after an investigation by Homeland Security Investigations and the Prescott Valley Police Department.(YCSO/Courtesy)

EDITOR'S NOTE: This story has been updated from an earlier version to correct the age of David Speer Sr.

Prescott Valley resident David Speer Sr., 62, was sentenced to 48 years of imprisonment by the Superior Court of Yavapai County on local charges related to child exploitation after an investigation by Homeland Security Investigations and the Prescott Valley Police Department, according to information provided by United States Immigration Customs & Enforcement.

Speer was convicted of 24 counts of violations of Arizona state law related to child exploitation, specifically 10 counts of production and possession of child pornography, 10 counts of voyeurism, four counts of child molestation and three counts of ongoing child sexual abuse.

He will be required to serve the entirety of his sentence without the possibility of parole.

“No crime impacts law enforcement agents as deeply as the abuse of an innocent child by the people he or she trusts the most,” said Scott Brown, special agent in charge for Homeland Security Investigations Phoenix. “HSI hereby puts child predators on notice: there is no refuge for child sexual predators who believe they can pursue their perverse behavior with impunity; they cannot escape justice and there will be serious consequences for their heinous actions.”

Speer came to the attention of law enforcement officers through investigative techniques which resulted in a successfully executed search warrant related to child exploitation at his trailer. He was arrested Monday, March 4, upon which agents identified three female child victims between the ages of 3 and 9 and immediately rescued them.

“Our community is safer with this child predator behind bars,” Roser said. “I encourage our residents o notify law enforcement if they suspect someone is abusing our most vulnerable population: our children. Prescott Valley will not tolerate this kind of behavior and will pursue justice to the highest degree to ensure there are consequences to these despicable acts.”

HSI encourages the public to report suspected child predators and any suspicious activity through its toll-free Tip Line at 1-866-DHS-2-ICE or by completing its online tip form. Both are staffed around the clock by investigators. From outside the U.S. and Canada, callers should dial 802-872-6199. Hearing impaired users can call TTY 802-872-6196.

Suspected child sexual exploitation or missing children may be reported to the National Center for Missing & Exploited Children, an Operation Predator partner, via its toll-free 24-hour hotline, 1-800-THE-LOST.