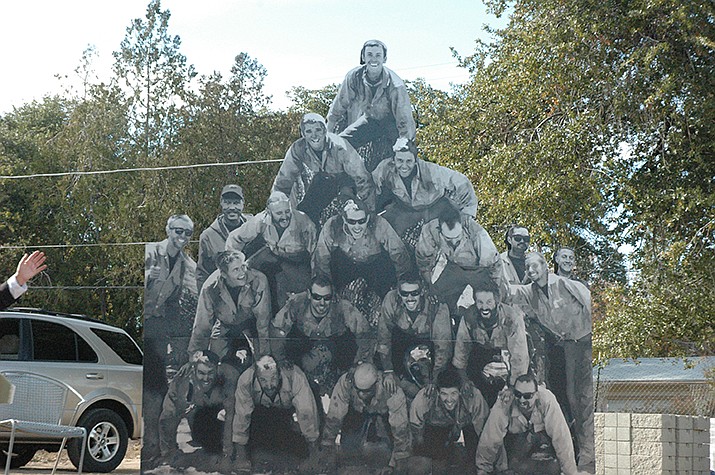 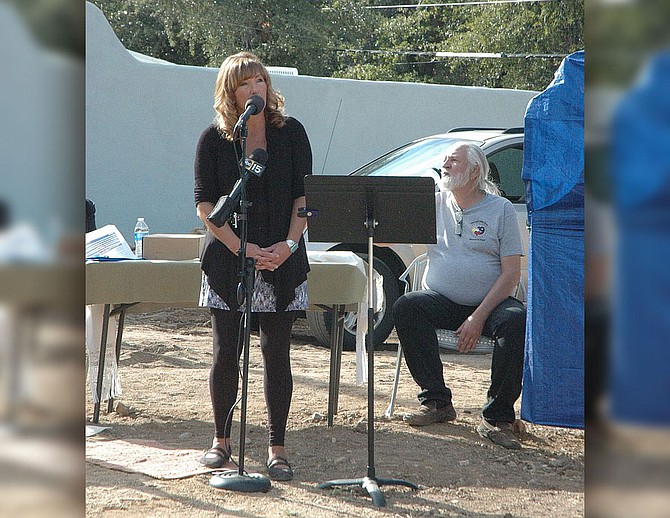 “I think they captured it well,” she said of the iconic photo of the hotshots in a human pyramid formation which had been transformed into a 9-foot etched steel image.

Modified to include three members of the crew who were not actually present for the photo, construction of the centerpiece was made possible by donation from a Peeples Valley couple while firms PMA Industries, Inc., E2 Innovations and Sabatina and Davis Construction all collaborated to bring the image to a whole new level honoring the Hotshots. It forms the backdrop for a flagstone performance area in the park.

Prior to the unveiling of the centerpiece, Denise Roggio sang her song, “Blazing Honor” which she wrote following the Yarnell Hill Fire to honor the Hotshots who died as well as the one who survived the fire.

“This was very special, actually, just knowing that you can see the progress and all the wonderful people that are supporting it, all the other firefighters and the brotherhood and everyone here. It was amazing actually,” Roggio said. “It was very special. I am humbled and honored.”

The event also included special acknowledgements of those who donated money, services and building materials for the centerpiece and other elements of the park. Following the unveiling, Maria Adams sang Rod Stewart’s “Forever Young.” 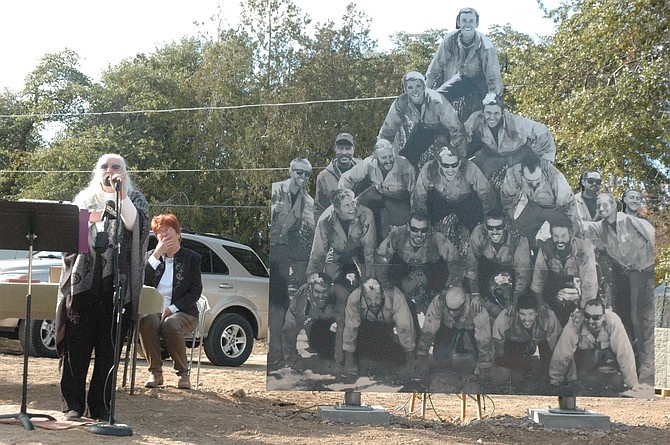 The Granite Mountain Hotshots centerpiece is not the only centerpiece that will be at the Yarnell Hill Fire Memorial Park, said Yarnell Area Resource Group Director Chuck Tidey. The other one is going to be a remembrance of the 127 homes that burnt down during the fire which represented 25% of the town, Tidey said.

Work on the park keeps moving forward in a positive way, he said. It’s a lot of work, especially when it’s done with donations and volunteers, he said. Still, Meldahl said she thinks the progress on the park and the vision for the community is stunning considering the devastation they experienced.

“They took a heart-wrenching time and are really making a positive impact on their community and for the families that were involved in this,” she said. “It’s impressive.”

Future signage in the park will enable visitors to learn about the 2013 fire, the evacuation and recovery process and firewise education.