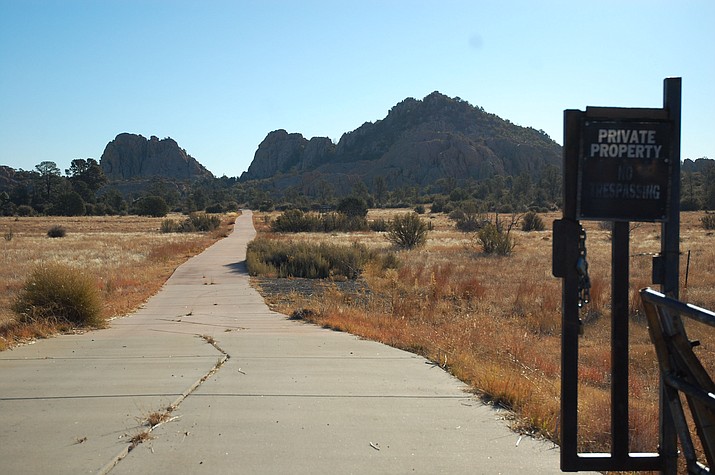 A 79.2-acre parcel, designated for the Whispering Rock subdivision across Willow Creek Road from Embry-Riddle Aeronautical University, could be the future home for a Banner Health hospital. (Tim Wiederaenders/Courier)

Health care in Prescott could take on a new dimension soon with the expected addition of a new hospital and cancer center.

With this week’s City Council approval of a rezoning for a parcel of land along Willow Creek Road, Dr. Hojat Askari’s plans to bring a Banner Health hospital to Prescott took another step forward.

On Tuesday, Nov. 12, the council unanimously approved Askari’s request for a rezoning of his parcel of land located across Willow Creek Road from Embry-Riddle Aeronautical University in northeast Prescott.

While Banner Health has yet to confirm the project, and several approval steps are still needed, Askari, a local doctor of internal medicine, said Wednesday that his team is ready to get started on construction of the new 156-bed hospital within the next two months or so.

If all goes as planned, Askari foresees completion of the four-story hospital, along with an affiliated MD Anderson Cancer Center, within two to three years.

The zoning change from business general (BG) to business regional (BR) sets the stage for development of the new hospital, which would require a building height of 71 feet.

Prescott Planning Manager George Worley explained to the council Tuesday that the parcel’s previous business-general zoning has a height limit of 50 feet, with no process to ask for a greater height.

Business regional, on the other hand, allows property owners to seek a special use permit to exceed the 50-foot limit — up to 100 feet. 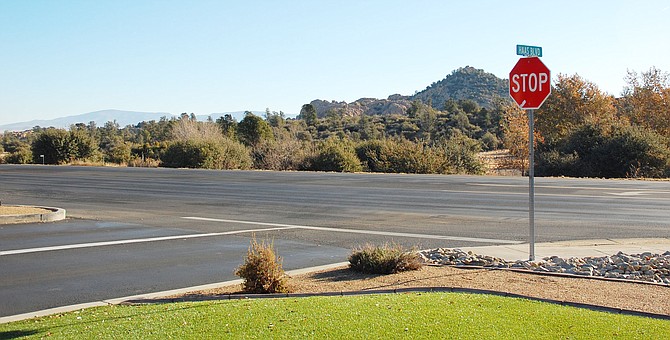 The land east and northeast of the Embry-Riddle Aeronautical University entrance at Haas Boulevard, across Willow Creek Road, could be the future home for a Banner Health hospital and a cancer center. (Tim Wiederaenders/Courier)

Community Development Director Bryn Stotler explained that with Tuesday’s rezoning, the city now expects to receive an application from Askari’s team for a special use permit for the 71 feet for the hospital.

The request would then go to the Prescott Planning and Zoning Commission and the Prescott City Council for full review, Stotler said.

Along with the city special use permit, the project also will require an “obstruction analysis” by the Federal Aviation Administration — a process that Stotler said typically takes about four to six weeks to complete. The obstruction analyses are required for development within a four-mile radius of the airport, she said.

The city has been largely supportive of Askari’s plans to date.

In September 2018, the council approved four separate actions relating to annexation and development of a 79.2-acre parcel for Askari’s Whispering Rock subdivision.

Askari said at the time that medical uses would be the main focus of the project. In addition, he also outlined plans for a hotel and conference center, retail business uses, and residential development.

“One of the things I often hear (from residents) is how important it is for us to get additional medical care,” Mayor Pro Tem Billie Orr said.

The council also commended Askari’s donation to the city (for preservation) of the 23-acre section of the parcel that contains major Granite Dells rock formations.

Several local residents also voiced their support for the addition of a Banner hospital.

“It seems to me there are just not adequate facilities here to meet the needs of the community,” local resident Thomas Brown said. “There is an urgent need that we get more medical facilities.” 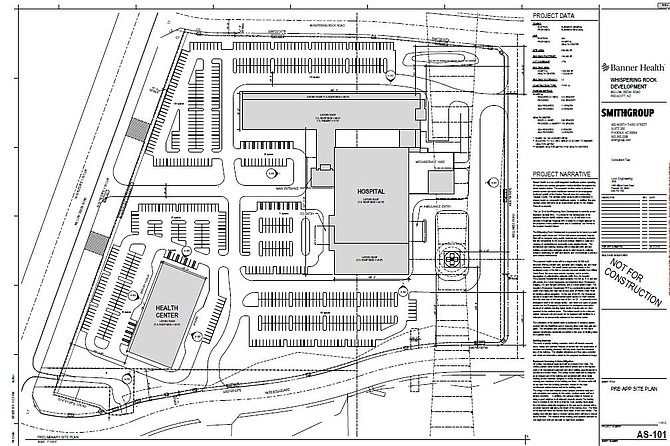 The site plan for the proposed hospital and cancer center property, which is across Willow Creek Road from Embry-Riddle Aeronautical University northeast of Haas Boulevard. (City of Prescott/Courtesy)

Askari said the plans for the parcel include: the Banner Hospital (20 acres); an MD Anderson Cancer Center; a large resort and conference center; a complex containing assisted living and independent living units; 30 homes to accommodate physicians and nurses; and a food court and coffee shops for the nearby Embry-Riddle students.

Askari said the hospital is expected to include 156 beds; a helicopter pad for emergency care; a 24/7 emergency room; and a number of new medical functions such as robotic surgery for OB/GYN, additional neurologists, orthopedists, and cardiologists.

He reported research shows that 50% to 60% of Northern Arizona residents go to the Phoenix metro area for health care.

Banner, which operates a network of hospitals in the Phoenix area, “Felt like this is a strong market,” Askari said, adding that the location of a Banner hospital in Prescott would “avoid the bleeding of all of this economic loss.”

Noting that his brother has worked as a cardiologist for Banner Health for 33 years, Askari said he has been in discussions with the health system for the past year and a half about the Prescott location.

He emphasized to the City Council that his plans for the Banner hospital are “nothing against YRMC (Yavapai Regional Medical Center, the community’s longtime local hospital).” 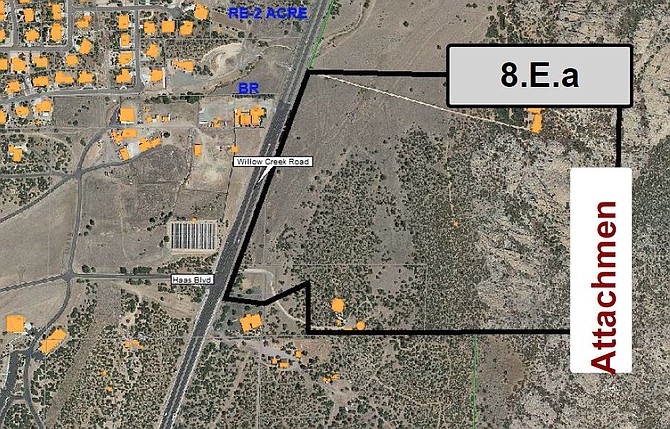 The site borders for the proposed hospital and cancer center property, which is across Willow Creek Road from Embry-Riddle Aeronautical University northeast of Haas Boulevard. (City of Prescott/Courtesy)

In a written response on the Banner plans Wednesday, YRMC’s Director of Marketing and Communications Ken Boush stressed the local hospital’s record of continued improvement.

“YRMC’s leadership is aware that Banner Health has purchased land in Prescott and that rezoning discussions are taking place with the City of Prescott,” Boush said.

He added: “Yavapai Regional Medical Center’s focus will remain on our patients and the communities we serve. Our mission is to meet the healthcare needs of our growing region, and YRMC has a 75-year record of doing so.”

Boush added that YRMC is “currently involved with one of the most comprehensive healthcare expansion projects in our history that will provide our patients with even more access to the care they need here in our community. At YRMC, our strategic planning process is ongoing, and we will continue to evaluate the region’s growth and the needs of our patients to ensure their healthcare needs are met.”

Banner Health’s Senior Director of Marketing and Public Relations Becky Armendariz responded to a Daily Courier inquiry Wednesday that while Banner is “always looking for opportunities to expand our footprint in new communities to meet the health care needs of Arizonans,” the health system has “no immediate plans” to comment regarding the Prescott property.