Breast screening guidelines: What you need to know 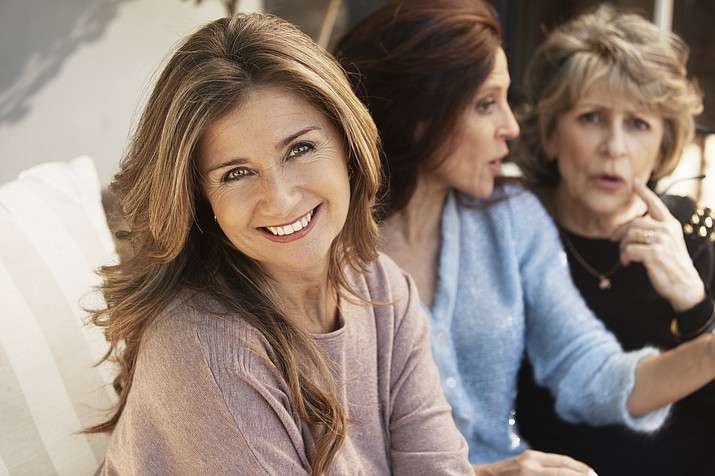 If you are confused about the conflicting advice on breast screening (mammography) guidelines, you’re not alone. For more information, visit yrmc.org/services/breastcare-center, or call 928-442-8900. The BreastCare Center at YRMC is located at YRMC East, 7700 E. Florentine Road in Prescott Valley. (YRMC/Courtesy)

If you are confused about the conflicting advice on breast screening (mammography) guidelines, you’re not alone.

“Most physicians, including myself, the radiologists at YRMC’s BreastCare Center and the American College of Radiology, recommend annual screening mammography starting at age 40,” Michael G. Macon, MD, said.

Macon is a breast surgeon and medical director of the BreastCare Program at Yavapai Regional Medical Center (YRMC).

At what age can annual breast screenings stop? That depends on the woman, according to the experts at YRMC’s BreastCare Program.

“There are many women in their mid-70s who will live 15 to 20 more years,” Macon said. “If those women are going to act on the information from the mammogram, they should continue annual breast screenings. However, different organizations have different recommendations.”

The USPSTF’s recommendations are based on statistics that show more women can be saved at lesser cost when breast screening begins later in life. As women age, they are more likely to be diagnosed with breast cancer.

“The USPSTF is studying millions of women and making a recommendation based on data,” Macon said. “The difference is that physicians look at one woman at a time and ask: ‘What is best for this patient?’”

Members of the medical community were alarmed by the USPSTF recommendations.

They pointed out that breast screening mammography beginning at age 40 has been shown to reduce deaths due to breast cancer.

Clinicians also argued that these more aggressive cancers need to be detected when the cancer is most treatable. Breast screening annually — rather than every two years as recommended by the USPSTF — would catch cancer earlier, when cure is most likely.

The Gail Model and Tyrer-Cuzick Model Breast Cancer Risk Evaluation Tool estimate the likelihood of a woman developing breast cancer within five or 10 years of her current age and during her lifetime.

“It’s difficult for an organization in and of itself to make a nuanced recommendation on breast screening that works for all women,” Macon said. “Statistically, the USPSTF recommendations may make sense as a public health recommendation, but that doesn’t give a specific woman information on how she should act.”

For more information, visit yrmc.org/services/breastcare-center, or call 928-442-8900. The BreastCare Center at YRMC is located at YRMC East, 7700 E. Florentine Road in Prescott Valley.