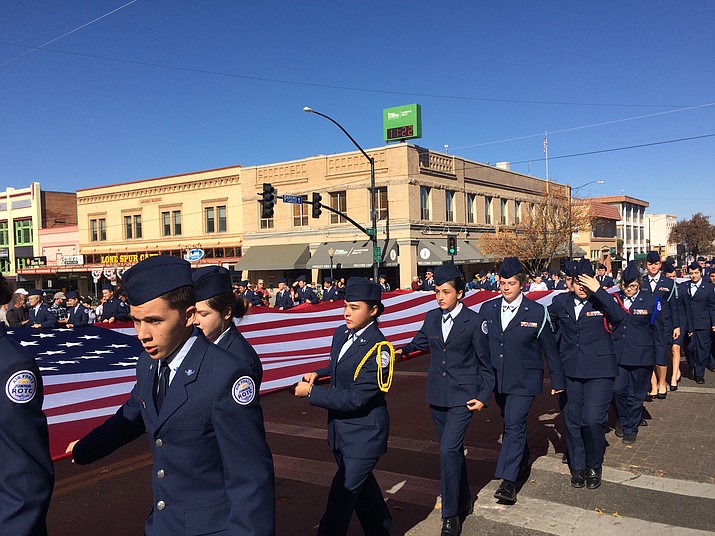 “The strength of our country rests on the foundation of our freedom, and those who choose to protect them,” said Mengarelli at the city’s annual parade themed this year to honor Korean War veterans.

At the opening ceremonies that started a half-hour before the 11 a.m. parade — timed for the 11th hour on the 11th day in the 11th month — Prescott Recreation Services Manager Michelle Stacy-Shroeder read aloud a poem titled “The Noble and the Brave.”

“When America had an urgent need these brave ones raised a hand; No hesitation held them back; they were proud to take a stand,” she read.

Voicing sentiments shared by other city, county and state dignitaries, some of them decorated war veterans, Shroeder urged all to give thanks to the veterans and military families they encounter. Without their courage and devotion to country, “freedom would have died,” she declared.

“Patriotism is very much alive and will continue in our country’s heartlands for many foreseeable generations,” declared Stan Goligoski, a 20-year retired and decorated Army major who served as a special troops commander on one of his tours in Afghanistan. Goligoski now works as executive director for the Yavapai County Education Service Agency. 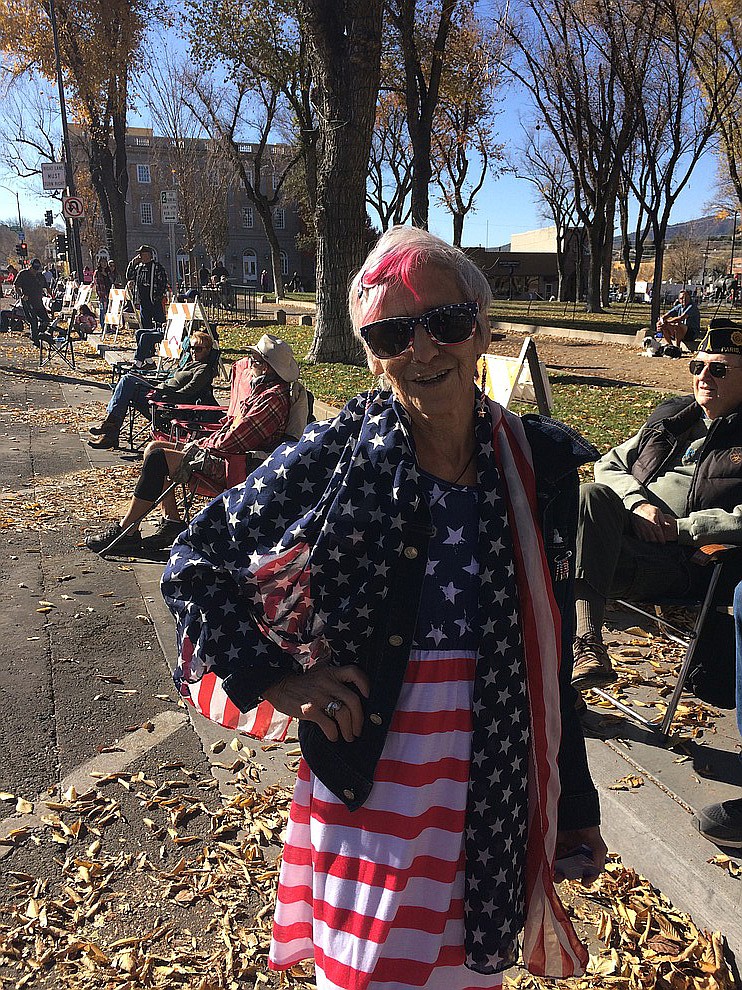 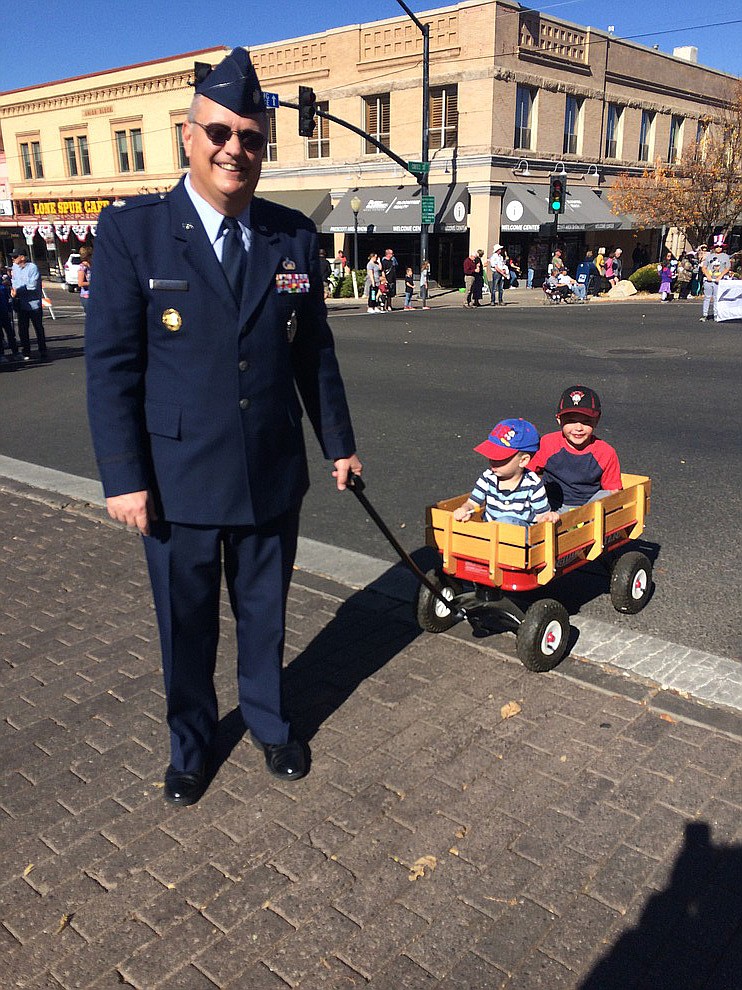 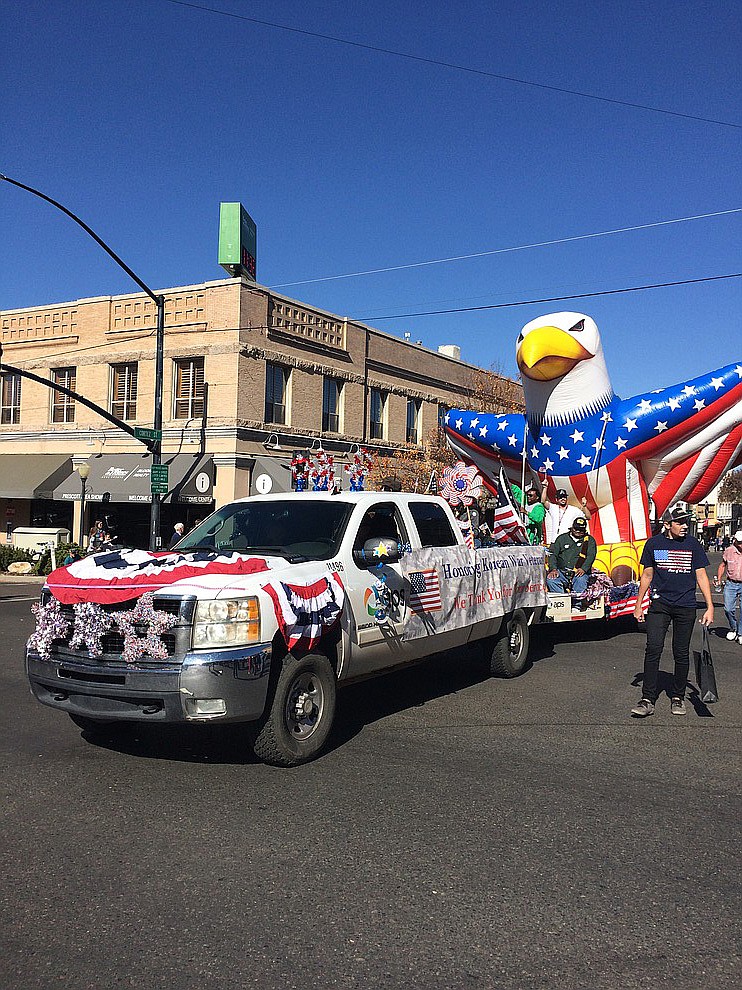 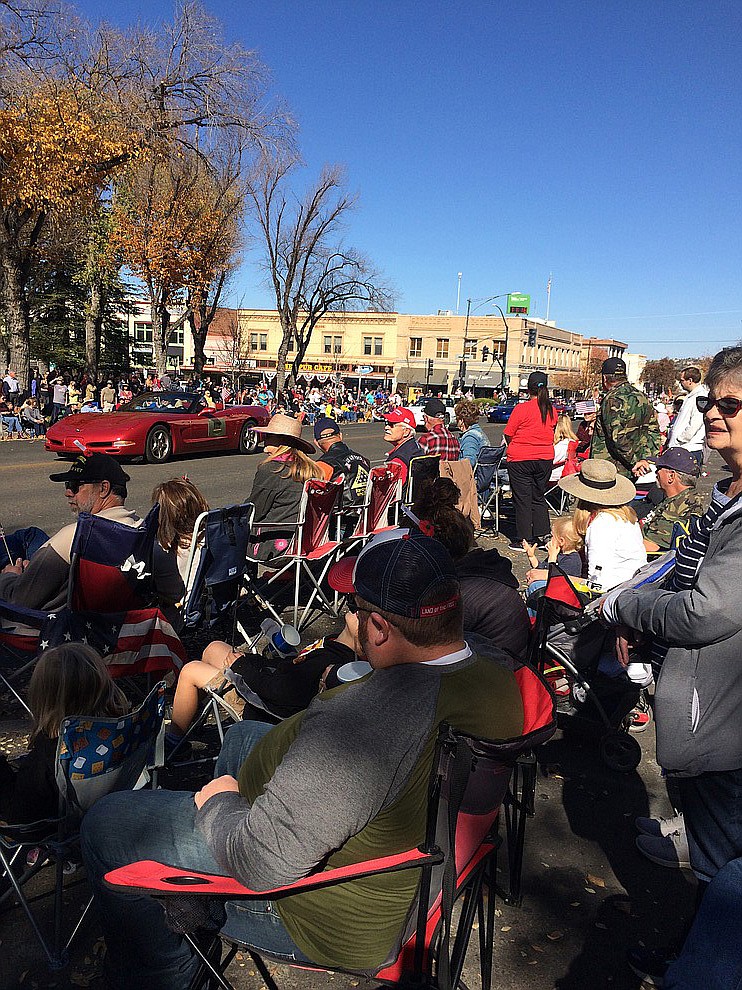 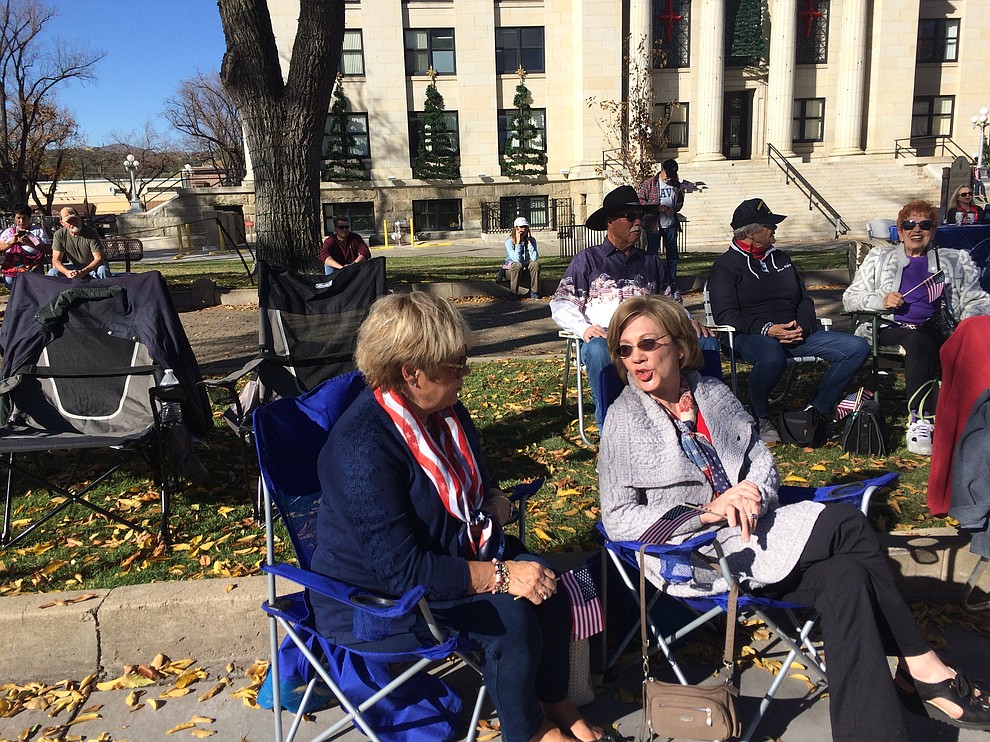 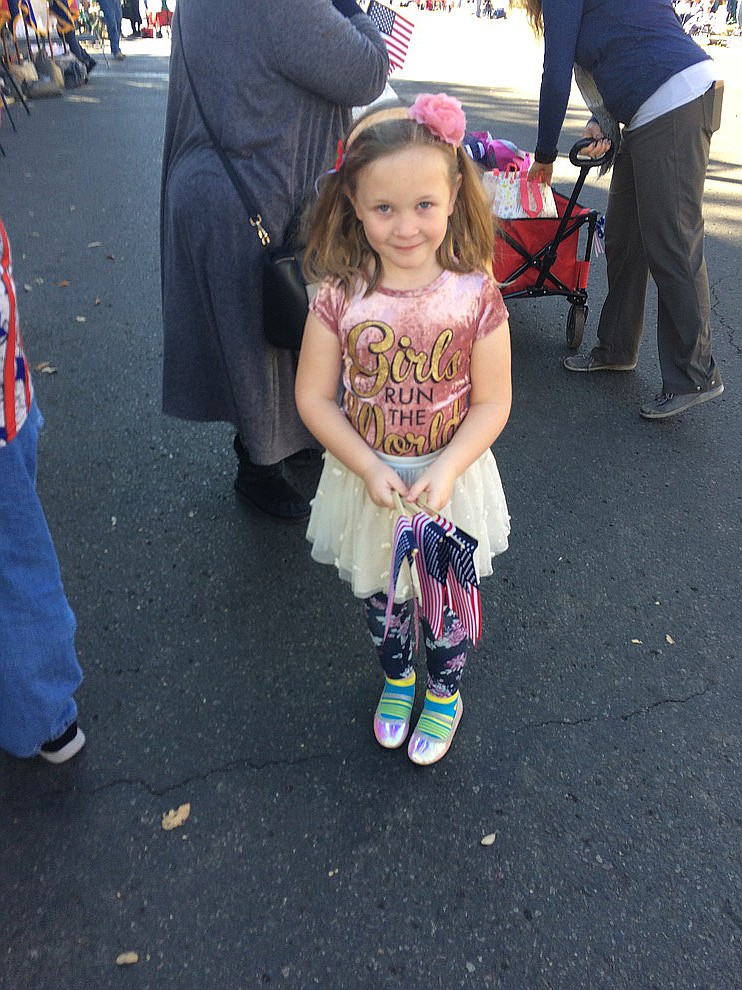 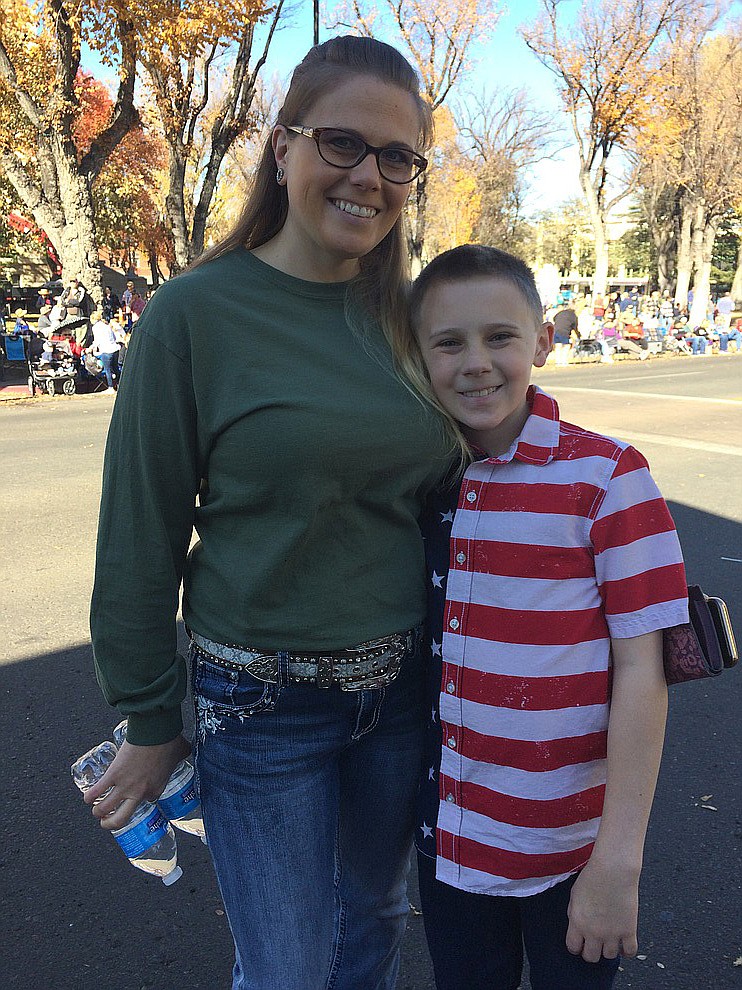 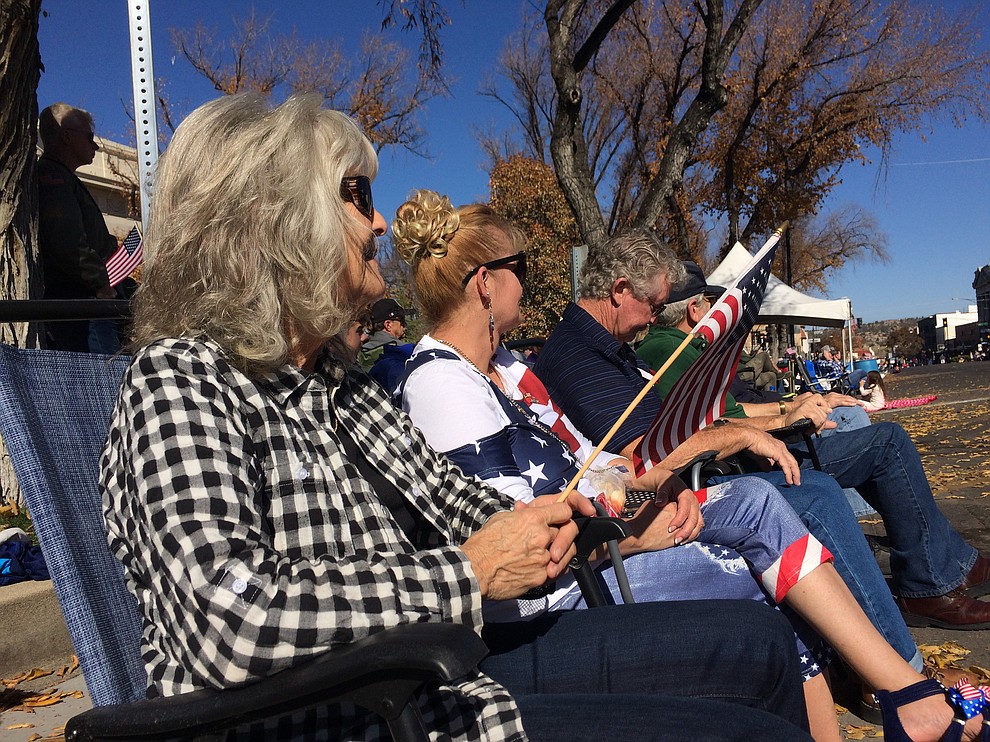 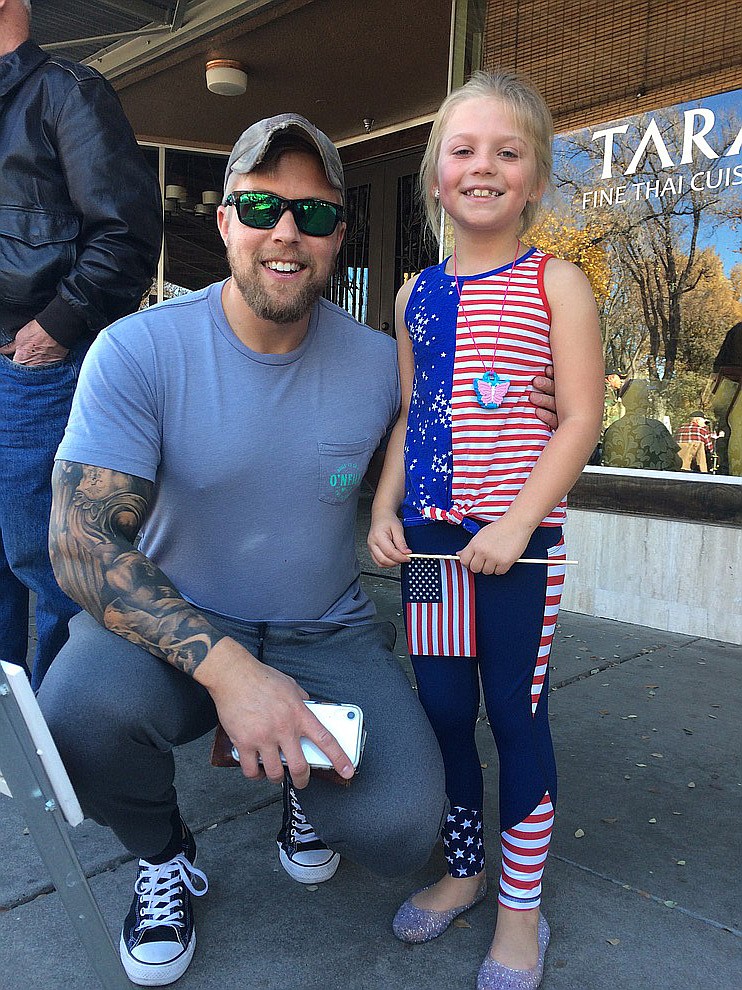 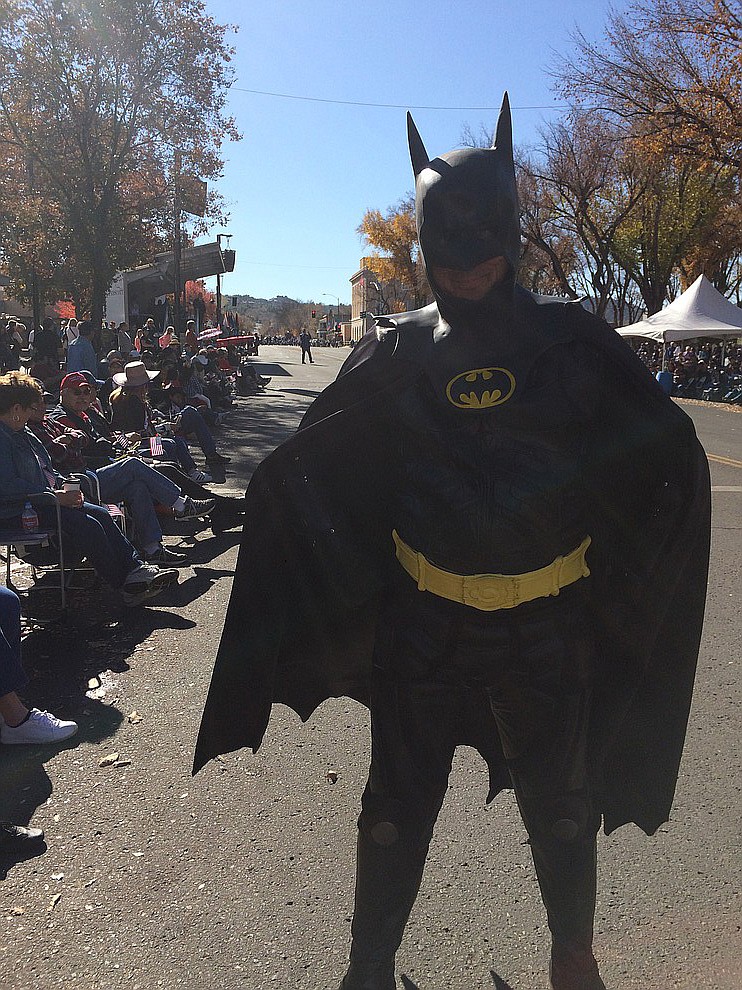 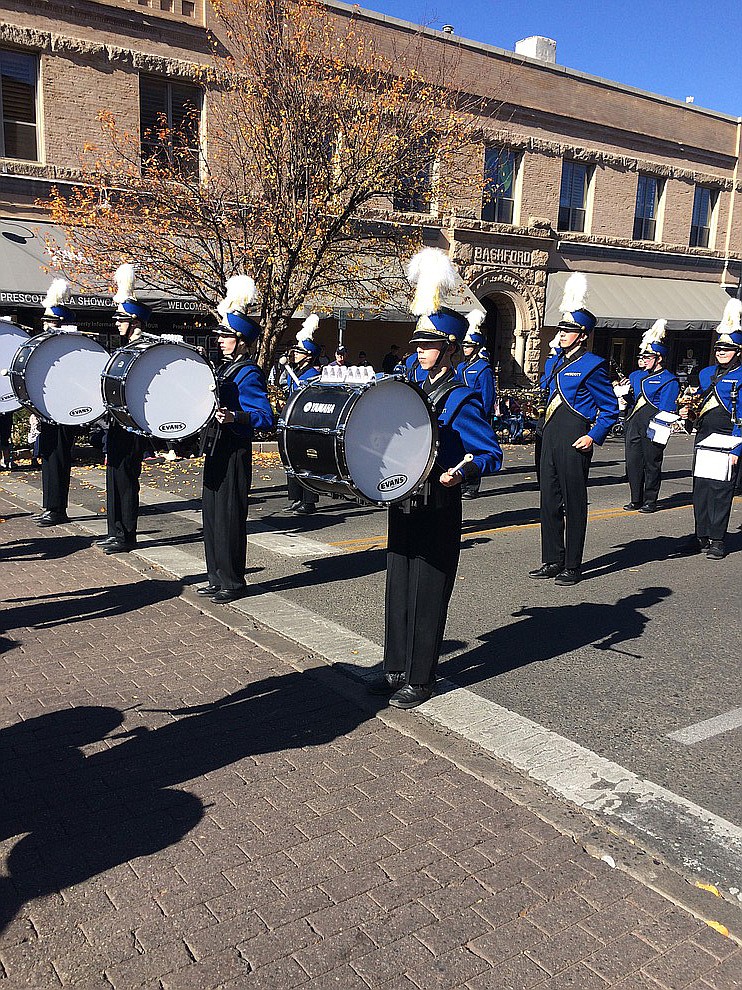 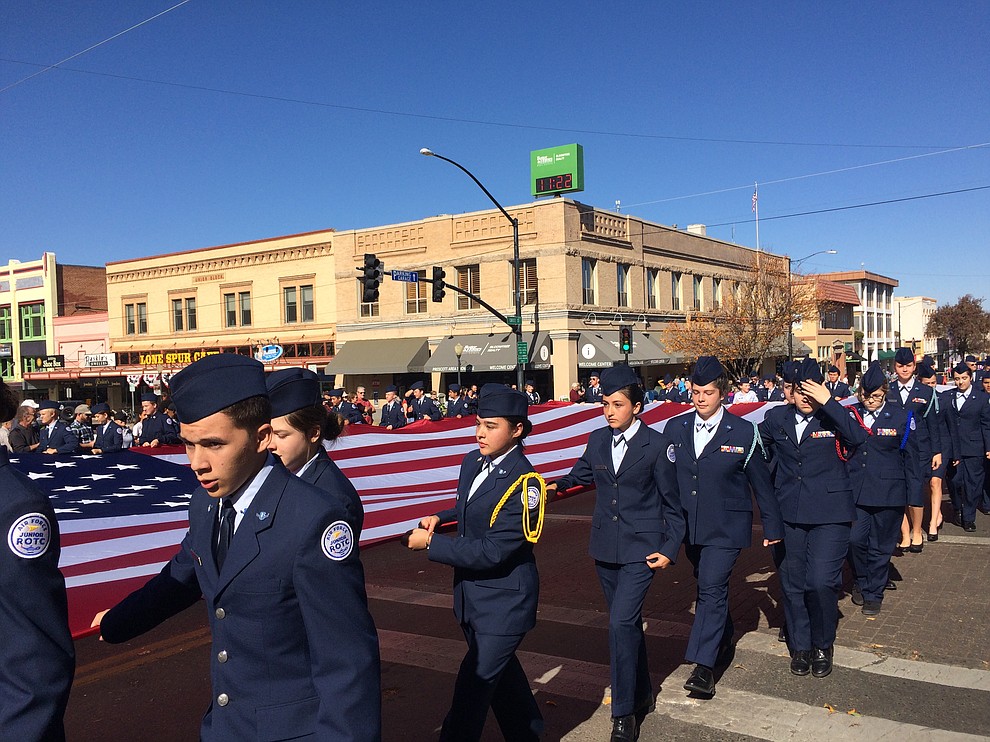 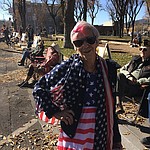 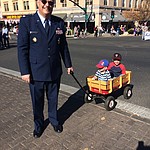 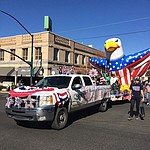 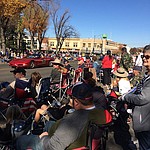 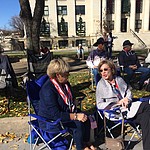 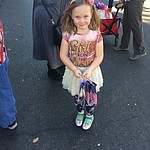 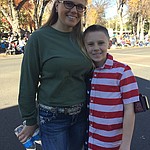 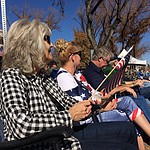 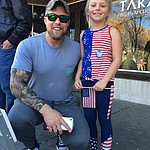 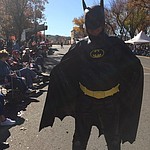 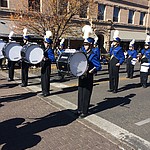 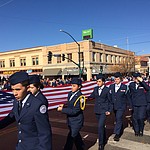 A Prescott hometown hero, Goligoski shared the personal pride of watching his teenage and toddler sons stop whatever they are doing when they hear the national anthem, placing hand over heart. Likewise, he was awed Friday as he witnessed the Prescott High JROTC cadets stand guard at the annual Prescott High Veterans Wall where more than 2,000 names and photos scrolled across five digital screens. He praised the elementary schools who wrote and hand-delivered letters to veterans at the local VA Hospital.

“I had the opportunity to stand in the center courtyard over at Prescott Mile High Middle School where I watched as a special-needs student, along with the school custodian, who happened to serve in the Army’s 10th Mountain Division, properly lowered the American flag from half-staff; just as the two of them raise the flag together every single morning before school,” Goligoski reflected. “Except this day, they lowered the flag with 600-plus students in observance, in complete silence, as a lone eighth-grader flawlessly played “Taps” on the trombone.”

Goligoski paid homage to veterans who 50 years ago were not treated as heroes. He said the lessons of their painful pasts are why today “we stand proud as a nation and proclaim that this will NEVER HAPPEN AGAIN!”

For Zachary Anderson of Prescott Valley, the Veteran’s Day parade was part of his ninth birthday celebration. And he is proud to share the day with veterans.

“They work for our nation. They protect us,” Zachary declared. 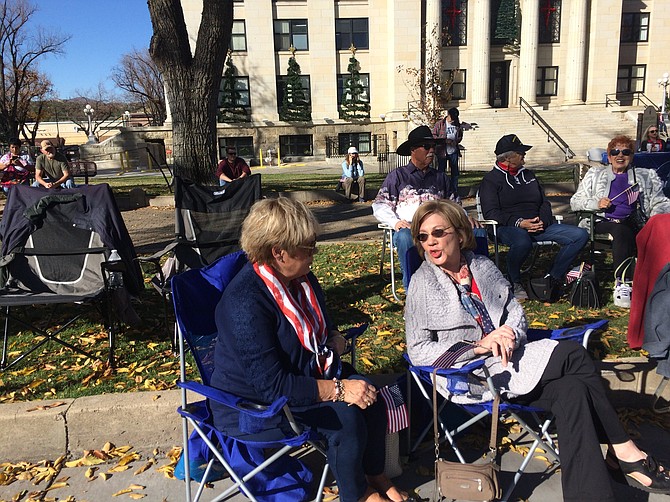 Prescott friends who lost loved ones while on active duty, dating back to World War II, adorned themselves in patriotic colors as they listen to the opening ceremonies and enjoy the parade honoring those who serve, then and now. Left – Sharon McCormick, Right Katie Wrigley. McCormick’s father, a Marine lieutenant, died in World War II; she never met him. Wrigley lost a husband, an Air Force lieutenant colonel who died at age 42 while participating in a helicopter training mission. (Nanci Hutson/Courier)

Sitting in folding chairs on a curb just feet from the Yavapai County Courthouse, two Prescott friends, Sharon McCormick and Katie Wrigley, adorned in red, white and blue, reflected on why they never miss a chance to pay homage to veterans. McCormick lost her father, Marine Lt. Horace Sessions Smith, who she never met, during a World War II invasion of Guam; Wrigley lost a husband, United States Air Force Lt. Col. Larry Rolle, at age 42 during a helicopter training accident near Tucson.

“I have the highest regard for anyone who gives their life for our country,” said McCormick who concluded that this nation’s veterans deserve to be honored “every day, not just Veterans Day.

Listening to the cheers, the applause, the speeches and the occasional high-pitched whistles aimed at honoring the men and women of America’s military, then and now, Wrigley said hits her at the heart.