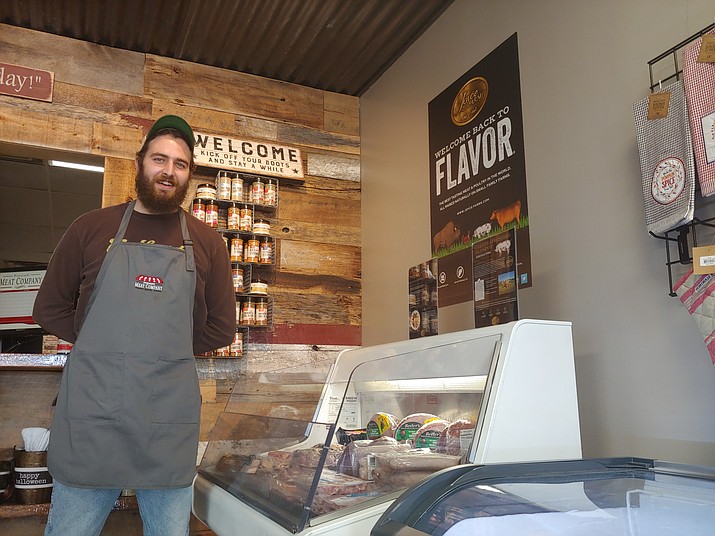 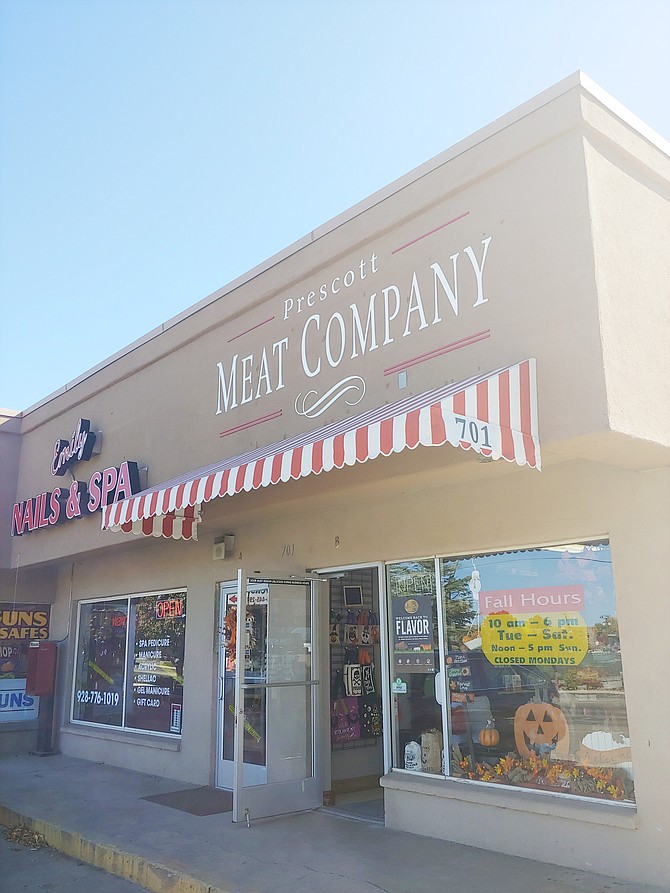 When Mike Wright, his father, Steve, and his mother, Diane, were trying to figure out a new business that they could open in Prescott, they stumbled onto a unique one.

“We kind of looked around thinking, ‘Oh, there’s going to be a butcher shop here,’” Mike said Oct. 30 from Prescott Meat Company, 701 E. Gurley St., which the Wrights opened Oct. 25. “Well, we just thought this town needed it, and we saw the need and we filled the need.”

The Wrights, who have lived in Prescott for a couple of years, relocated from Colonial Williamsburg in Williamsburg, Virginia. Mike cited Colonial Williamsburg’s Duke of Gloucester Street, which still has all of the historic buildings from colonial times, including old taverns mixed in with gift shops, as an inspiration.

“It’s kind of that old-shop style that we had around there,” Mike said of Prescott Meat Company, which stands across the street from historic Ken Lindley Field. “We kind of brought the old Colonial feel of Williamsburg into Prescott.”

Mike, 28, added that he likes the view of Lindley Field and its refurbished southwest side entrance from his shop window and being close to the interchange for highways 69 and 89.

“It’s a nice corner shop, a lot of window frontage,” he said. “It’s close to downtown, but not too close. You can still get people driving by, coming home from work, stopping by and getting some food.”

The bigger part of this story, however, are the kinds of meat that the Wrights sell.

“Basically we believe in the quality of the animal’s life and how it affects the flavor of the meat,” Mike said. “Whether or not the animals had adrenaline running through their blood when they’re harvested, it makes a complete difference in the meat, the tenderness and the flavor.”

If an animal is tense before it’s harvested, “then it’s just going to ruin the meat,” he added. The Wrights source the best meat they can find from small family farms throughout the country.

Most of the Wrights’ pork comes from a farm in Iowa, and its chickens (including poulet rouge, or red chicken, a heritage breed from France preserved for its flavor) are raised on farms in North Carolina. Farms in Georgia and Colorado are other sources.

Mike said most chicken harvested today is placed into a chlorine-filled pool of water, which hinders the flavor and saps it of its nutrients.

“[Families] take care of the animals better,” Mike added. “They tend to pay more attention to the animals’ well-being. Basically, most of our birds are air-chilled, which differentiates us from the supermarkets because after they’re harvested, they’re put in a cold room and chilled naturally.” 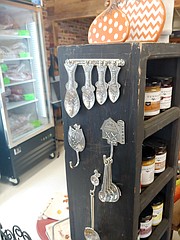 The Wrights also sell certified Angus beef, which is “grain-fed and grass-finished,” and Aberdeen Angus (from Aberdeen, Scotland), as well as turkey. In addition, you’ll find pheasant, guinea hens, duck breasts and bison (short ribs from Wisconsin), which are field-harvested like they were long ago.

A majority of the farmers and ranchers with whom the Wrights conduct business participate in the Five-Step Global Animal Partnership Rating Program, which focuses on animals’ welfare and how they’re raised before slaughter.

“A lot of our chicken and our beef is going to be Step 4,” Mike said, noting that the higher the step number, the better the quality of life for the animal.

Diane said the Prescott community’s response to the shop and the flavor of its meats has been positive.

In the gift shop portion of the store, which is positioned toward the front, Diane selected kitchen-oriented items, such as pewter measuring cups, which a woman hand-makes; linens; and all-natural dog treats for sale.

“I had a set for years and I just said, ‘You know what? I’m going to get her in here,’” Diane said of the pewter measuring cups. “Once you have them, you can’t live without them.”