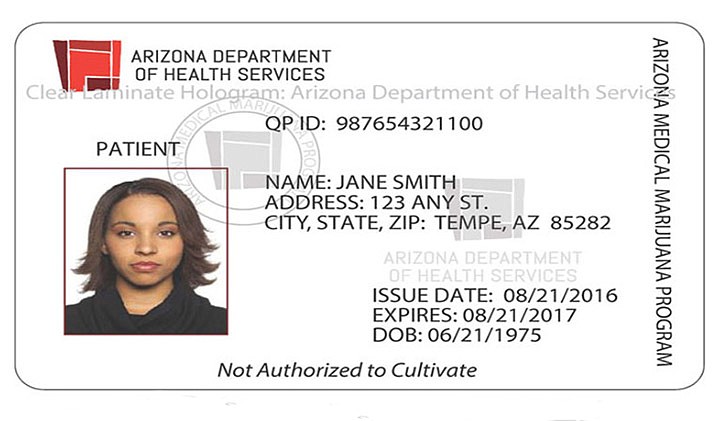 Beginning Dec. 1, the state will stop issuing actual cards to those who are authorized to buy the drug, the cards that dispensary owners must see before they make a sale. Instead, new and renewed cards will be sent off as an email image.

The idea is that the image can be downloaded to a smart phone and displayed to a shop owner who can scan it and instantly verify if the person is permitted to buy the drug. And those who are more comfortable with a tangible document can print out the email.

But that still leaves the question of what happens to those who might be considered digitally impaired, who don’t have a cell phone – or perhaps just a flip phone – and may not have access to both a computer and a printer.

Chris Minnick, spokesman for the state Department of Health Services, said that all current medical marijuana patients at least have access to a computer.

“Everyone who applies for the program already does so online,’’ he said. “There’s not an option for a paper application.’’

Less clear is what about those who do not have access to a printer. And Minnick said his agency is still working to determine whether a card can be texted directly to a person who has a smart phone.

Her business certifies patients for medical marijuana cards and consistently encounters elderly patients who already have difficultly applying for their cards online.

“Here they’re doing one more thing that’s going to keep the older population from getting their cards,” Alexander said. “At least 60% of our patients are 60 or older.”

Alexander is also concerned that this digital transition will open the doors to more potential fraud.

“There are hackers getting into people’s emails every single day,” Alexander said. “Some people say there are already false cards out there just like there are with driver’s licenses, but I haven’t actually heard of any instances of false cards being made.”

Statewide figures show that Arizona has more than 210,000 patients who have medical conditions for which a doctor has recommended medical marijuana.

And if age is an indication of computer savvy or access, more than 13,000 of these patients are at least 71 years old. And more than 2,000 are older than 81. The shift to what’s dubbed the “electronic registry card program’’ was mandated by the Legislature earlier this year as part of a sweeping set of changes in the 2010 voter-approved laws that allow people with certain medical conditions to obtain up to 2 1/2 ounces of marijuana every two weeks.

The new law directs the health department, in issuing new dispensary licenses, to give priority to areas that do not have an outlet within 25 miles. It also mandates testing of marijuana cultivated for medical use and requires the laboratories that do that work to be certified by the state.

Patients also are getting a financial benefit: Those ID cards which cost $150 are now good for two years instead of one.

Max Efrein with The Daily Courier contributed to this article.