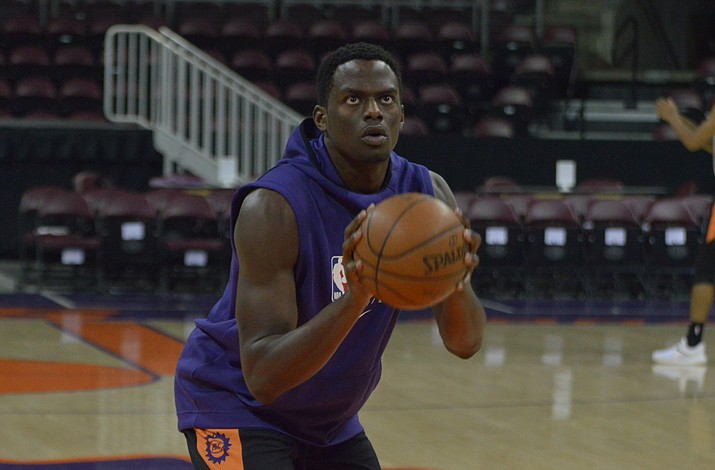 Second-year head coach Bret Burchard said players have made “progress” during training camp but after two weeks, they’re ready to play someone else besides themselves.

“[They’ve been] beating up on each other. It’s a competitive group, a group that plays hard and they’re starting to play together,” Burchard said in an interview with the Courier on Nov. 6. “[I’m] excited to see … real competition, and see where we’re at.”

Aaron Epps and Daxter Miles Jr., two of four returning players who were on the roster a season ago, said they’re “anxious” and “excited” to get the season underway.

“It’s been fun. Coming in, I actually know stuff now, and I’m able to help the younger guys,” said Epps, who was taken with the sixth-overall pick in the first round of the 2018 NBA G League Draft by the Suns.

“Everyone likes each other, everyone is fun to be around. It’s different than I thought,” Epps added.

The 6-foot-10 forward out of LSU averaged 10.3 points and 6.6 rebounds in 49 games played during his rookie campaign.

“I’m anxious, I have to continue to grow as a player and a person. I need to keep working hard and thing will happen for me,” Epps said.

As for Miles, who also played in 49 games a season ago, averaging 10.3 points and 2.4 assists per contest, the West Virginia product said it’s going to “be a good year.”

“We got some ballers on the team, and it’s a good group of guys, like I said, we gel off the court, too, and that’s a big part of success in my eyes,” Miles said.

ShawnDre Jones (Richmond) and Tryvon Palmer (Chicago State) are the other two returners for Northern Arizona, which went 12-38 overall a season ago and missed the G League playoffs for the fourth consecutive year.

Northern Arizona (0-0) opens the 2019-2020 season with five of their first seven games at the Findlay Toyota Center in November, the first is Saturday, Nov. 9, as the Suns host Agua Caliente. Tipoff is at 5 p.m.