Editorial: Behind Salvation Army’s red kettles, how to donate 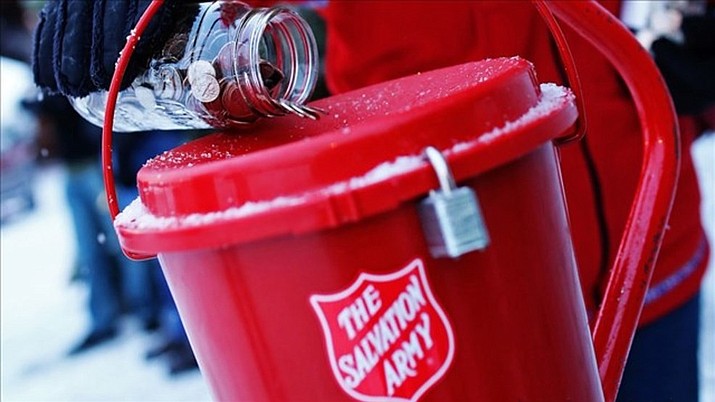 Next week, the 129th Red Kettle Campaign through the Salvation Army begins its yearly visit to store fronts across the quad-city area in effort to provide food, shelter, clothes and gifts during the holiday season.

Volunteers from the area will ring bells, flash a smile and say thank you for your donation, or even give an early Merry Christmas!

Originally started by Salvation Army Capt. Joseph McFee in San Francisco in 1891, who at the time was determined to put together a holiday meal for the hungry, set up a donation pot near the Oakland Ferry Landing with a sign that read: “Keep the Pot Boiling.”

Today, the Salvation Army collects hundreds of millions of dollars in donations for those in need, including $142.7 million during the 2018 Red Kettle Campaign alone.

The Salvation Army remains one of the Top 100 largest charity organizations in the nation, with an 88% fundraising efficiency, meaning the percentage of private donations remaining after fundraising expenses, according to Forbes.

Interested in donating? Keep an eye out for those red kettles and one of the 25,000 volunteers across the globe annually who stand proudly by. Don’t have change? Some red kettle locations may have Apple Pay or Google Pay, so keep those smartphones handy.

And if you happen to miss a red kettle location in the coming weeks, there are of course other ways to donate:

• Ask Amazon Alexa by saying, “Alexa, donate to the Salvation Army,” then specify amount; or,

Want to volunteer? For more information, contact the Salvation Army volunteer center at 928-778-0150, or drop in at 237 S. Montezuma St. in Prescott.