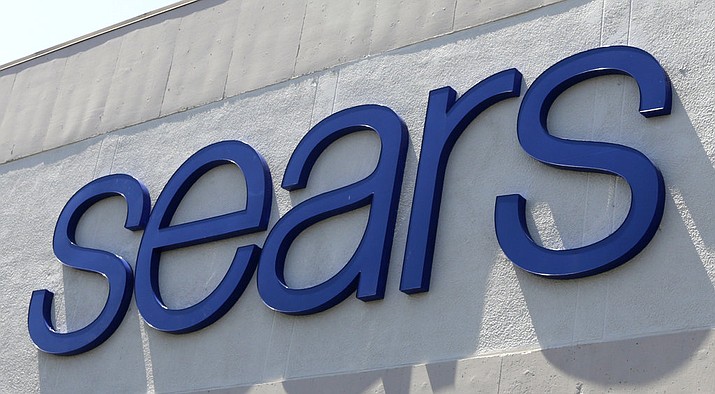 Sears closed 72 stores in May 2018. The struggling retailer announced this week it will close another 96 - and this time Prescott is on the list. (Courier file)

• CLOSING – It is official: the Prescott Sears store is closing.

I have spied the list of 96 stores – and Prescott is on it. Click HERE to read about the closure.

Sears, which used to be downtown, is one of three anchor stores at the Prescott Gateway Mall, 3400 Gateway Blvd. Managers and PR firms (even those tasked with creating the store-closing ads) have been mum all week.

It is a sad day, and it poses a lot of questions, such as what Sears will do with its portion of the mall. (The anchors own their “pads” in the mall.)

Watch the Courier for more, and be prepared for the sales. If it’s anything like the Kmart closings, which Sears owns too, it will be interesting.

• JAIL – The county jail —especially building a new one — has to be at the top of the most controversial subjects in the Prescott area.

Sure, there’s water (and the wells officials and critics love to hate), growth (how much we want or don’t), as well as schools, taxes, lot splits, developments … the list is long.

Regarding the jail, from my memory, it goes back to when the federal government threatened to take over jail operations if local officials did not get the jail on Gurley Street under control; it was sorely overcrowded and I remember the Courier photos of sheriff’s deputies putting down a riot (late 1990s).

That resulted in the Yavapai County Board of Supervisors having a jail built in Camp Verde, a facility that has been bursting at the seams for years. (It is not always the total number of inmates, but how law requires the county to classify and house them.)

Since then we’ve seen then-Sheriff Steve Waugh close the Gurley Street jail in late 2008. It has since been used as holding cells.

In 2016, consultants told the Board of Supervisors that Yavapai County needs a new, additional jail. Cost: $40 million. Voters soon after shot down a sales tax option to help pay for it. Many voters thought it was a referendum on whether we need a jail; they actually were voting on the financing.

This year the supervisors followed through on their promise for this need and enacted a property tax to pay off pension debt as well as start funding the jail. And this week they began the talk of going out to bond (getting a loan) for the jail. The cost is now $65 million.

I take you through this history lesson because weekly I receive at least a dozen phone calls and emails about the jail.

A county jail — even a new one — is a necessity of modern society. This is not a utopia, as much as we’d like to think it is; the evil inside (wo)men is very real.

• POPPIES – This came from a local man who retired from the Army: Ever wonder why Veterans Day is on the 11th and does not change? World War I ended on the 11th month on the 11th day at the 11th hour.

Today I saw a man selling poppies stop a lady and asked if he could re-position her poppy. While doing so he told her she should wear the poppy on her right side; the red represents the blood of all those who gave their lives; the black is for the mourning of those whose loved ones did not return home; and the green leaf is the grass and crops growing and future prosperity after the war destroyed so much. The leaf, by the way, should be positioned at 11 o’clock to represent the 11th hour of the 11th day of the 11th month, when WWI formally ended.

The man was worried that younger generations wouldn’t understand this and his generation wouldn’t be around much longer. I share this with you to continue the cycle. Never forget, and remember the veterans from our more current wars too.