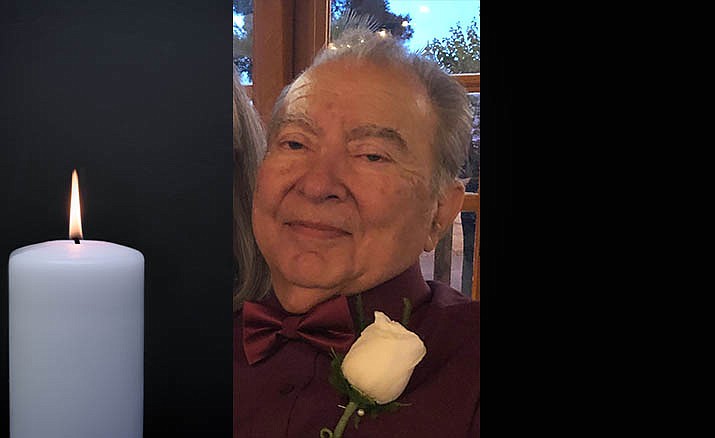 Richard T. Denogean, adored father, grandfather, brother, uncle, and life partner, passed away at the age of 75 on October 29, 2019 surrounded by his loving family.

He was born in the copper mining community of Superior, Arizona on August 22, 1944. Richard was one of seven children of his father Ramon and his mother Bertina Teyechea Denogean.

Richard’s very early years were spent in Superior, but in 1954 the family moved to Phoenix, because it was his parents’ desire to avail their children of better employment and educational opportunities. Richard graduated in 1962 from Phoenix Union High School where he would acquire lifelong friends with whom he would reminisce about their days of drag racing at Mel Larson’s Speedway and racing on Bell Road, which was a dirt road at the time. In 1962 Richard began work as an apprentice meat cutter for Safeway and worked in Phoenix and in Holbrook.

In the time following, he moved to California where Richard worked as a meat cutter for Ralph’s for 38 years, retiring in 1998. He and his wife Bonnie then moved to Prescott, where Richard worked for five years as the Costco meat department manager. After final retirement, Richard started his own small business, “Dickie Boy’s Tamales”, where he made many people happy enjoying his tamales and Mexican seasonings and salsas. He was most proud of his chorizo recipe and of the family’s pico de pajarro recipe passed down through the ages.

Richard was a very community-minded person, previously involving himself in the Caborca Sister Cities club and volunteering his time at Big Brothers Big Sisters. He also spent many happy years volunteering for Prescott Meals on Wheels, whether in the kitchen or as a driver.

Richard was preceded in death by his parents, his young sisters, Lenore and RoseAnne, his beloved sister Cecelia, first wife, Diana Denogean, mother of his sons and wife, Bonnie Denogean as well as his stepson Kirk Roth. For seventeen years he has been the life partner of Mimi Sarti and a loving father and grandfather figure to her children and grandchildren. Richard is survived by Mimi and by his adoring sisters, Connie Rojas, Irene (Ron) Childress and Carmen Cook; by his brothers, Ray and Rudy Denogean, by his children; Rick and Hong Denogean (Josh, Katy), A.J. and Michelle Denogean (Cody, Quinn), Chris and Jill Denogean (Trevor), and Kari and Oscar Holguin (Ava), and by his children in heart; Trish Dunn (Brian, Jack, Grace), Jim and Rachel Sarti (Zachary), Mike and Sadie Sarti (Joe and Nathan), Sheila and Jeffery Tufano (Nicholas, Gia), and Dan and Rachel Sarti (William, Benjamin, and Matthew). His beloved dogs Maggijane and Vinny will miss him greatly. A Celebration of Life for family and friends will be held November 10, 2019 at noon at the Grand Highland Hotel ballroom in Prescott.

In lieu of flowers, a donation can be made to Prescott Meals on Wheels.

Thank you to Hospice Family Care and to Ruffner Wakelin Funeral Home for arrangements.