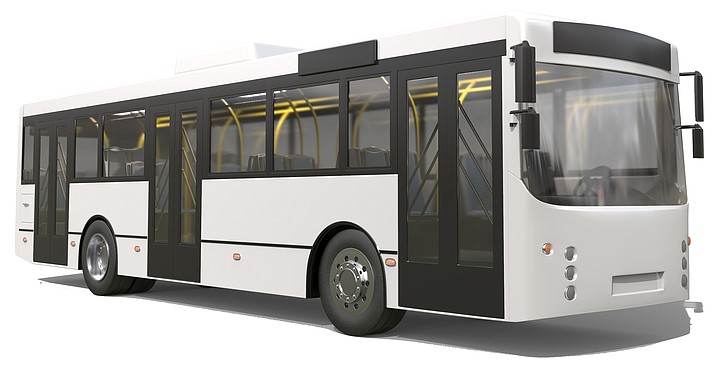 If the Quad Cities pooled together their resources for a new public transit system, could they make it work?

“With millions of dollars of money available from the US Government to match local funds, should the Tri-City area consider a structured Public Transit route servicing the area? The system would also provide door-to-door pickup and drop-off. I want to hear from the citizens on what their thoughts are.

“Would a system be worth trying for a short period of time, with leased equipment and the opportunity to cancel after 4 years if not successful? Obviously a lot more detail would be needed, but for Facebook purposes it is important to hear from the community. Please Vote.”

Prescott Vice Mayor Billie Orr, who leads CYMPO, has said that she would like to determine whether the organization can pinpoint a funding source for transit in the Quad Cities.

“We want to see what the citizens want,” Palguta added. “Is there an alternative funding source [besides taxation]?”

Prescott Valley assesses no property tax, which, if it did, could help pay for public transit. However, over the past 25 years or more, the mayor, town council and residents haven’t been willing to pony up the money, longtime Town Manager Larry Tarkowski said.

Of the total operation cost for public transit, the feds pay 50%, riders pay for 8 to 12% through fares, and local municipalities cover the remaining 30 to 40%, he added. Depending on the scale of the service, a local match could cost in the hundreds of thousands of dollars per year, and demands on the system could escalate as years progress, Tarkowski said.

In Arizona, the Federal Transit Administration distributes money for public transit through the Arizona Department of Transportation (ADOT). ADOT and CYMPO officials would meet to assess the need for a public transit system in the Quad Cities and then conduct a budget analysis for the municipalities needing funding.

Every fiscal year, the Town of Prescott Valley, like other towns, develops a “funding pie.” In Prescott Valley, the government pays for police, streets, parks and recreation, and the library, among other services.

“If you add a new slice of the pie to a new service, it takes away from the others,” Tarkowski said.

At 5:25 p.m. Thursday, Nov. 14, at the Library Auditorium, Prescott Valley Town Council will discuss at a work study session whether the town should conduct a professional, community-wide poll of residents regarding the assessment of a property tax to pay for additional services.

Palguta said a public transit system not only helps the disadvantaged; it can promote economic development.

Currently, one of the most utilized community public transit systems in the Quad Cities is Yavapai Regional Transit (YRT), which has been operating since 2010. Originally called Chino Valley Transit for its first four years because of its affiliation with that town, YRT later broke off and became a nonprofit.

Starting with two small Americans with Disabilities Act (ADA)-compliant, nine-passenger buses, the operation has grown to five modern, 14-passenger buses. YRT runs routes Monday through Friday in Chino Valley and Prescott, but it spends only one day a week in Prescott Valley.

“A transit system in Prescott Valley is highly needed,” said YRT’s new transit manager, Zach Dowling. “Whatever way they want to implement it, the minute they run with a transit system and get it to the people, they’ll see a high usage.”

Dowling added that “a lot of our ridership” goes through Prescott Valley because the Arizona Department of Economic Security (DES) is located in town at 3274 Bob Drive.

Senior citizens and veterans are among those who need affordable transportation to DES for assistance.

HOW DO FLAGSTAFF, COTTONWOOD HANDLE THIS?

In Flagstaff, which has a population of 72,000 people compared with Prescott Valley’s 44,500, its Mountain Line system maintains nine regular routes.

Cottonwood, which has a population of more than 12,000, offers Cottonwood Area Transit, or CATS. It runs a fixed-route service from 6:45 a.m. to 6:45 p.m. Monday through Friday. It also has a Paratransit service and a holiday service. Tarkowski said CATS is subsidized by the city’s general fund.

Prescott Valley’s somewhere in the middle of Flagstaff and Cottonwood in terms of population. But is the timing right? Dowling said it couldn’t hurt if Prescott Valley tried a public transit system on a trial basis to test whether it works. He added that YRT could be incorporated into PV’s system with CYMPO’s assistance.

“CYMPO is a strong advocate for transit systems,” he added, “and to get people where they need to go.”