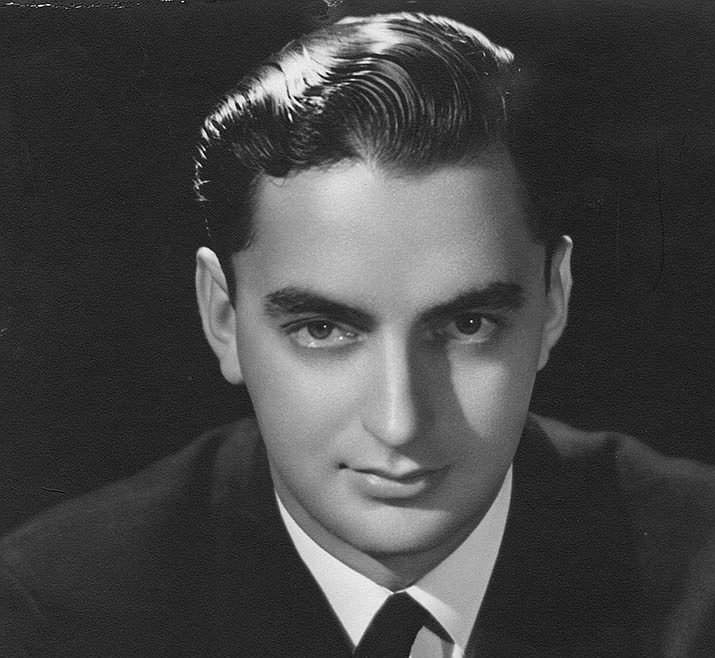 (1921-2019) Prescott has lost another beautiful voice. Lionel M Godow passed away in his sleep, Saturday, October 26, 2019 at the age of 97. Lionel was preceded in death by his beloved wife Ruth in 2015. Lionel is survived by his three children Michael Godow, Diana Howe and Sharon Godow, who live in the Prescott area and three grandchildren, Alexandra Howe, David Morton Godow, and Samuel Howe.

Lionel was born in Chicago, Illinois, in 1921 to Max and Sophia Godow and raised with his older sister Minette. Lionel graduated in 1942 from Northwestern University School of Business and immediately volunteered his service to the United States Naval Reserve. He served as a communications officer during WWII and saw action on the USS Calvert (APA-32) during the invasion of Sicily and on the USS Saratoga (CV-3) in the Pacific theater.

Upon release from the Navy in 1946, Lionel joined the family business as a member of the Chicago Mercantile Exchange and Board of Trade. In 1948, Lionel met the love of his life, Ruth Pauline Bierly from Sacramento, California, whom he married in 1949.

Their shared passion for music resulted in multiple appearances at the Chicago Opera Company as well as in many choirs in the Chicago area.

Lionel and Ruth moved to the Prescott area in 1990. They immediately immersed themselves in the community giving multiple recitals and concerts for local music organizations including the Symphony Guild of which Lionel was a former board member. Lionel was also a member of SCORE and the Memorial Society. Lionel‘s indomitable passion for life, love of music and community will be missed by all.