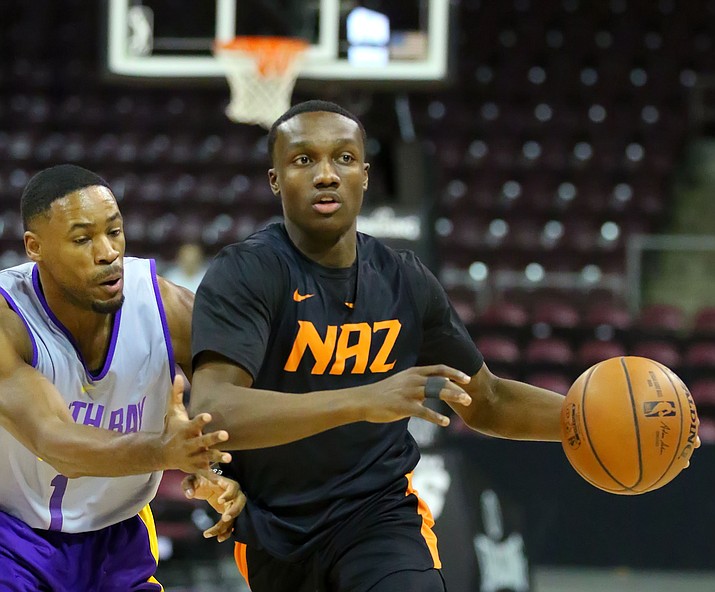 PRESCOTT VALLEY — The Northern Arizona Suns started their 2019-20 campaign the same way they ended the 2018-19 season — with a win over the South Bay Lakers.

The Suns improved to 0-0, well, because it was simply a preseason game. But the mood at the Findlay Toyota Center was just as high after a Suns’ win, as they took the game 106-101.

Jared Harper shined in the contest, finishing with 31 points on 10-of-20 shooting, including 5-of-11 from distance, plus 3-of-4 from the charity stripe, to go with three assists. He had the hot hand early as the Suns built an early double-digit lead, going up 23-9 midway through the opening frame.

Harper had 14 points in the first quarter, and added 12 in the second to head to the locker room with 26 points on 9-of-15 shooting, 4-of-7 from distance, in 16 minutes of action. He played seven minutes in the second half, scoring five points.

Harper set the theme early with consecutive pull-up fast break three-pointers, and the Suns would end the day making nine more from distance than South Bay, shooting 16-of-41 (.390) from beyond the arc compared to the Lakers’ 7-of-33 (.212) clip. 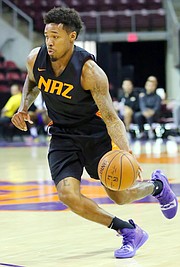 Phoenix Suns assignment guard Jalen Lecque also had it going from long range, as he poured on 21 points (7-10 FG, 3-4 3PT). He added three assists and two steals. A highlight reel dunk re-energized the fans and the team after the Suns saw a nine-point halftime lead fall to a mid-third quarter three-point deficit.

The fourth quarter was fairly close with the Suns up most of the way. Keljin Blevins iced the game with two free throws with 3.5 seconds remaining to make it a two-possession game. He finished with 10 points on 2-of-2 three-point shooting and 3-of-3 free throw shooting. He also had five rebounds.

The Lakers were led by Kostas Antetokounmpo and his 19 points on 9-of-14 shooting, 10 rebounds, two steals and two blocks. He had one of two double-doubles in the game, partnering with Devontae Cacok, who tallied 18 points (6-10 FG), 10 rebounds, three assists and two steals in 21 minutes off the bench.

The Suns had 14 players appear in the game. Tariq Owens had nine points, four rebounds, three steals and a block. Norense Odiase had six points, eight rebounds and a game-high +21 in plus-minus. Daxter Miles Jr. had six points (2-2 3PT) and three assists.

Preseason is no more for the Suns, as they’ll host Sparklight Opening Night on Saturday, Nov. 9, at 5 p.m. against the Agua Caliente Clippers. The Lakers will also be at home for their season opener, playing against the Oklahoma City Blue at 6 p.m. the same day.

Information provided by the NAZ Suns.