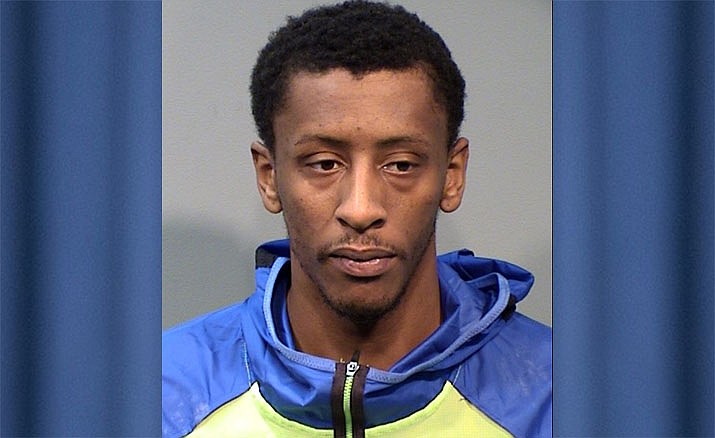 Northern Arizona Suns forward Troy Williams, 24, was arrested and charged with assault and disorderly conduct by Prescott Valley Police on Friday, Nov. 1, 2019. He was later released by the Suns. (YCSO/Courtesy)

PRESCOTT VALLEY — Troy Williams, a forward with the Northern Arizona Suns of the NBA G League, was arrested and charged with assault and disorderly conduct by Prescott Valley Police on Friday.

He was released by the Suns a short time later and the team issued a statement:

“As this matter is still before the courts, the Northern Arizona Suns will not comment further,” the club said in a release Friday afternoon.

Williams, a 24-year-old Hampton, Virginia, native who played collegiately for Indiana, began the season in Phoenix Suns training camp before he was waived and joined Northern Arizona as an affiliate player.

In the past three seasons, Williams has played for the Stockton Kings, the Rio Grande Valley Vipers and the Iowa Wolves of the G League.

No further details were available on the arrest Friday. Watch The Daily Courier and dCourier.com for more.