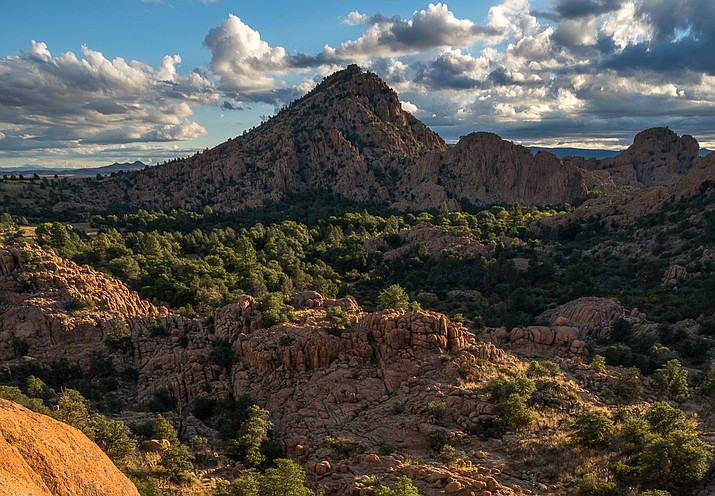 Negotiations about the Dells development continue. I’ve recently talked with people in Save the Dells and city government about how value is determined in those negotiations. I also spoke with county officials to determine how much different things would be for the developer if they don’t accept a good city annexation agreement. I would detail all the who and what, but for space here are highlights and impressions.

If the developer rejects annexation conditions and stays in the county, they end up with immensely greater cost, complication, and less sellable value. One option is all 2-acre plots and wells; a crude plan they could hardly call a “development”, and wouldn’t include the resort in the Dells they want to build.

Another option is a county-approved plan for development, but without all the water the city would provide, which means having to find and buy a lot of increasingly rare and expensive water rights.

But just owning rights is far from done. Getting state sign-off to convert those rights into an approved supply, and build a water system, is an enormous, time consuming, uncertain, costly process. And water isn’t the only complication in the county. In short, in both money and time, getting annexed is golden to the developer.

I asked questions at the city assuming negotiations were approached with this tremendous value in mind. They’re not unaware of the value, but getting them to speak of it in those terms is like pulling teeth. The overall impression is of split personality. They have some good info, though maybe with some voids, good intentions, but the focus seems to be off target.

For instance, going at it with the notion that the aesthetic value of open space is hard to put a dollar value on, making it hard to be tough negotiators. Yes, from our perspective we’re looking to keep aesthetic beauty, but in this negotiation it doesn’t matter. The developer is all about dollars. That’s who the negotiation is with. That’s how they decide. If annexation is worth $X to them, but we want the desired chunk of the Dells in return, would annexation still mean more and faster profit for them? If so, then they have motivation to take the deal. It’s certainly a position to try.

Here’s a rule of thumb that applies to government, top to bottom. When people are well intentioned, quite capable, far past naivete generally, but acting naive, it’s capture. Like regulators who’ve spent so much time in the realm of who they’re regulating that they’re captured by that viewpoint.

This is different but similar. You can see it in documents from previous developments. Everything is viewed from such a positive angle that the city can hardly say no to annexation, is nearly eager to. That’s a little exaggerated, but that gets to the “split personality” situation.

Split as in: The city rejected the first offer which had less open space, which is encouraging, but might accept the second even if short of what could be had. City Manager Lamar says that all council members declined the first offer, but two have been openly antagonistic to Save the Dells, and most have been loudly silent about endorsing their goal. A mess of mixed signals.

Save the Dells early on asked to have a seat at the table in negotiations. They were denied. It would be unusual. They’re a third party, a special interest, but then again clearly reflect much of the citizen interest, and that’s who the negotiating parties really are, the people of Prescott and the developer. They could have helped avoid capture, keeping the perspective of preservation more present, challenging assumptions and views that cut short what’s possible.

You could help. City staff are good people who might benefit from your positive input. Positive input to go bold.

Tom Cantlon is a local business owner and writer and can be reached at comments at tomcantlon.com.

Cantlon: The Dells ... it’s not about property rights, it’s about negotiation
Cantlon: Closed door negotiations about the Dells are happening now
Trudeau: The politics of open space protection
Talk of the Town: Our line in the sand (Save the Dells)
Letter: Off-target focus
Event Calendar