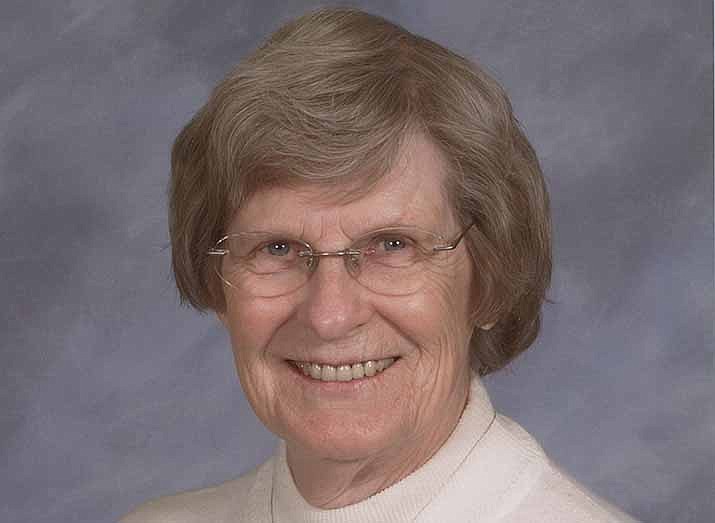 Mary Elizabeth Peterson Shenefield, 89, died Saturday, May 11, 2019 from pancreatic cancer. Mary was born on October 31, 1929, in Perrysburg, Ohio, to Anna and Henry Peterson.

The long hoped for baby sister joined older brothers, Jim, Harvey and Don growing up in a small town with all its childhood advantages. These childhood influences laid the foundation for her lifelong love of participation and service to others. Involvement in marching band, concert band, drama club, and vocal training led to performances with the Toledo Choral Society.

Her love of academics led to a scholarship at the Western College for Women in Oxford, Ohio. She became involved in the Toledo Repertoire Theatre while working to earn money to attend Carnegie Mellon University in Pittsburgh.

Theatre magic happened when she met John Shenefield who she married on October 7, 1950. They became active in Glenwood Lutheran Church in Toledo, Ohio, which led to a decision for John to enter the ministry, thus shaping their new direction in life.

Mary’s undergraduate degree was completed at Bowling Green State University with her Master’s in English at Carnegie Mellon.

After many years teaching high school English and ministering to others in parts of Ohio and Pennsylvania, a pastoral call to Buffalo, Wyoming, led to 17 years of a life of hiking, hunting, fishing, skiing and boating in the West.

Ending parish life and entering the business world in Riverton, Wyoming, they made St. James Episcopal their home church.

Although they retired to Prescott, Arizona, Mary returned to teaching as an adjunct instructor at Yavapai College, Embry-Riddle Aeronautical University, University of Phoenix and mentoring the Adult Degree Program at Prescott College. She served the American Association of University Women as branch president and state president as well as the Public Policy and Leadership Committees at the national level. Other activities included Delta Kappa Gamma professional society for women educators and researching genealogy. St. Luke’s Episcopal in Prescott became their home church and center of involvement.

After her loving husband of 56 years died in 2006, Mary stayed active in Prescott accompanied by their beloved Shih Tzu, Bushy. In 2013 she moved to a retirement community in Phoenix to be near her son, Eric. She was involved in St. Barnabas Episcopal Parish while in Phoenix. Mary is survived by her two sons, Jordan Shenefield and wife, Susan, of Lilburn, Georgia, and Eric Shenefield of Phoenix; grandchildren Joni Skogman (Darrell) of Dahlonega, Georgia, and Christy Shropshire (Matthew) of Chandler, Arizona; great grandsons, Jasper, Baxter and Grayson Skogman and Cal and AJ Shropshire; nieces Ellen Kayser, Carole Ann Leone, Judy Peterson, Amy Dulka; nephews Bob Shenefield, Chuck Shenefield, Greg Peterson, Bruce Peterson; cousin John Peterson of Las Vegas, Nevada; and many more loving family and friends. A memorial service will be held on May 31, 2019, at 2 p.m. at St. Barnabas on the Desert Episcopal Church, 6715 N. Mockingbird Lane, Paradise Valley, AZ 85253.