Measure that could make it easier to block voter initiatives heads to Gov. Ducey 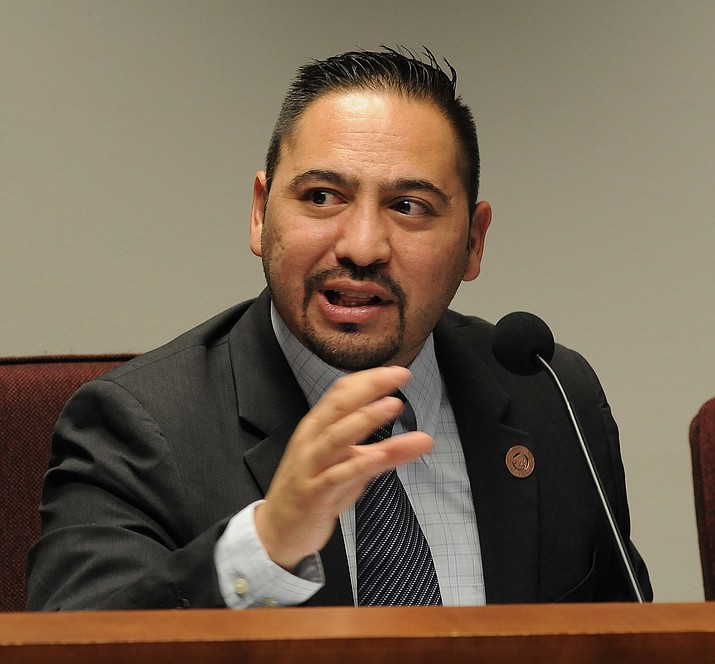 PHOENIX -- Rejecting complaints from Democrats, Republican lawmakers have voted to add a series of new requirements that have to be met by people proposing their own laws and constitutional amendments.

Some of the changes approved on a party-line vote are procedural, such as saying that paid and out-of-state petition circulators cannot gather signatures until they register with the Secretary of State's Office. And registration is prohibited for anyone who has been convicted of fraud, forgery, identity theft, or has been a convicted of any felony and not has his or her civil rights restored.

But Sen. Martin Quezada, D-Glendale, charged that the real goal of Senate Bill 1451 is to set up a system that allows otherwise valid petitions to be disqualified for technical reasons.

He said that's being done intentionally by those opposed to the kind of ideas pushed by voters after they could not get the Legislature to consider their pleas. More to the point, Quezada said it allows foes of these ballot measures to quash the proposals before voters get their chance to weigh in.

"This allows them to go to court and sue to knock off groups of signatures," he said.

They can do that, Quezada said, because SB 1451 sets up traps.

What's worse, said Quezada, is that a previously approved change in law requiring "strict compliance" with all election laws means that a single stray mark on a petition could invalidate the signatures of all 15 people who signed it.

"This is a cowardly approach to furthering a political agenda," he said. "Instead of fighting for those issues based on merits of those issues at the ballot we are instead finding ways to throw these petitions off the ballot ... for purely technical reasons."

Rep. John Kavanagh, R-Fountain Hills, defended the changes, saying they are designed to protect the integrity of the initiative process.

The measure is now on the desk of Gov. Doug Ducey who is expected to sign it.