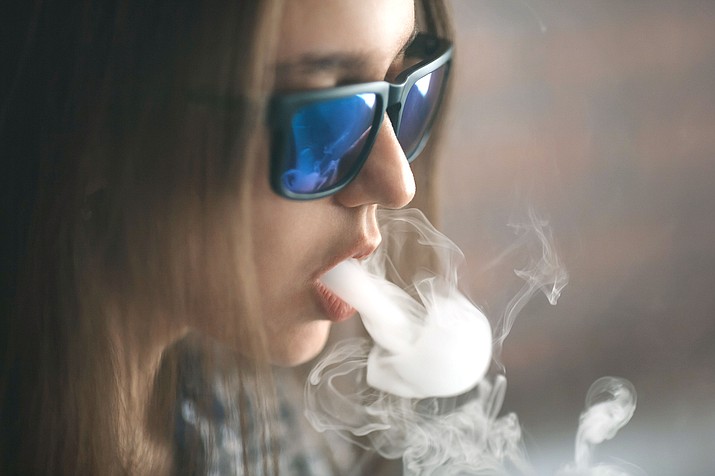 PHOENIX -- Arizonans who are 18, 19 and 20 will continue to be able to smoke and vape, at least for the time being.

Rep. John Allen, R-Scottsdale, said Friday he doesn't have the votes for his legislation that would raise the age. And there is no other pending measure to do the same.

But Allen told Capitol Media Services that the issue of how old someone has to be to use products that have tobacco or nicotine is not his prime focus. More to the point, it was not why he has been pushing Senate Bill 1147.

Instead, he was offering up the carrot of a higher age as an inducement to health groups to get them to accept what he wants: Pre-empting cities and counties from enacting and enforcing their own laws on the marketing and sale of both tobacco and vaping product. And Allen said he saw no reason to simply offer the carrot.

"Then I'd be negotiating against myself,'' he said.

The death of SB 1147 is a defeat for more than Allen. It also is a setback for the vaping industry as well as the retailers of vaping products who offered nationwide to support raising the age of purchase to 21 in exchange for their desire to curb the ability of local communities to tell them how and where they can sell their products.

But the industry still has one more battle.

Sen. Heather Carter, R-Cave Creek, is pushing a measure that would treat vaping products exactly the same as tobacco.

That would subject them to the same regulations on how and where they could be sold, including issues of internet sales, vending machines and requirements for retailers to ask for ID. It also would mean that all the restrictions on where people cannot smoke, including airports, banks, bars, restaurants, retail stores, shopping malls, theaters and the common areas of apartment buildings and hotels.

But one of the big objections from the industry to House Bill 2357 is it would allow local governments to enact even more stringent restrictions, including not just how far vaping shops could be from schools but also how the products could be advertised.

Allen, in a bid to gain traction for SB 1147, agreed to permit some local control -- but only up to a point. He said it's a matter of states' rights.

"It's states that are mentioned in the Constitution, not municipalities,'' Allen said. "I think that having a uniform commercial code for smoking and vaping is good not only for the public but also for people trying to sell items or produce them.''

Carter, who shepherded HB 2357 through the Senate without dissent, still has to clear the hurdles in the House. And that could be complicated by the fact that lawmakers are wrestling with the budget -- and some of her separate demands for more funding for some key programs -- in a bid to finally end the session that already is has gone a month past its deadline for adjournment.

She acknowledged that her measure does leave the age to smoke and vape at 18. But Carter questioned whether there is support for such a measure on its own, pointing out that a bill to do just that could not even get to the Senate floor.

Still, Carter said HB 2357 is a better alternative to SB 1147 because of the provision affirming local control, a provision she noted already has allowed several communities to raise the age to buy and use tobacco products to 21.

Allen said one reason he is opposed to what Carter proposes is he believes it's the first step toward taxing vaping products the same as cigarettes. He said that would mean taxing not just the liquids that go into the devices but the devices themselves and their components, right down to the batteries that heat the liquid.

Carter said that's not the case, saying it would take separate legislation to expand the scope of the state's rules.