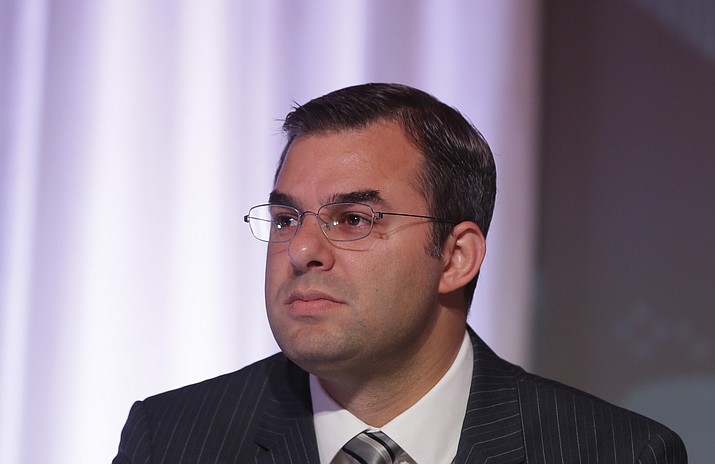 Justin Amash, a rare Republican congressman who refuses to genuflect at Donald Trump’s feet, has been taking heat lately for daring to speak his mind. But bless his heart, he couldn’t care less.

On Sunday, Trump called him “a loser.” (The “loser” won re-election last year by 10 points, bucking the blue wave.) House GOP leader Kevin McCarthy derided Amash as an attention junkie who has “never supported the president.” (Amash, since January, has voted with Trump 92 percent of the time.) And Trump mouthpiece Lou Dobbs said that Amash should be thrown out of the GOP’s conservative House Freedom Caucus. (Amash, who was elected in the 2010 tea party wave, co-founded the House Freedom Caucus.)

All this, because Amash had the temerity to actually read the entire Mueller report and to publicly state the obvious, that it “reveals that President Trump engaged in specific actions and a pattern of behavior that meet the threshold of impeachment.”

Granted, Amash is a Republican outlier; the odds are approximately zero that he will inspire his willfully deaf and dumb colleagues to put country over party. Nevertheless, the Michigan congressman is a potential nightmare for Trump in 2020, writing on Twitter over the weekend that Trump “has engaged in impeachable conduct.”

“When loyalty to a political party or to an individual trumps loyalty to the Constitution, the Rule of Law — the foundation of liberty — crumbles,” Amash wrote. “America’s institutions depend on officials to uphold both the rules and spirit of our constitutional system even when to do so is personally inconvenient or yields a politically unfavorable outcome. Our Constitution is brilliant and awesome; it deserves a government to match it.”

After Trump and his toadies hurled their abuse, Amash didn’t cower like a scalded puppy. Instead, he doubled down, noting that Mueller’s investigation revealed “many crimes” and that obstruction of justice doesn’t require an underlying crime.

McCarthy, the GOP House leader, told Fox News on Sunday that Amash should be ignored because “he’s not a criminal attorney.” Nevertheless, Amash’s take on the Mueller report mirrors the view of 916 federal criminal attorneys -- from Republican and Democratic administrations -- who have signed a bipartisan letter stating that Trump’s actions would “result in multiple felony charges for obstruction of justice” were he not president.

“The Mueller report describes several acts that satisfy all of the elements for an obstruction charge: conduct that obstructed or attempted to obstruct the truth-finding process, as to which the evidence of corrupt intent and connection to pending proceedings is overwhelming,” the letter states.

But what’s arguably most noteworthy about Amash is his potential role as a spoiler in 2020. A committed small-government libertarian, he hasn’t ruled out challenging Trump by running for president on the Libertarian Party ticket. He could provide a home for conservatives who are sickened by Trump’s governmental corruption and protectionist nationalism.

Their numbers may be small, but here’s what matters: Amash is based in Michigan, a state that tilted to Trump in 2016 by a mere 10,704 votes out of 4.5 million cast. His statewide approval rating has reportedly dropped 18 points since he took office, and he can ill afford to lose those 16 electoral votes. If the Democrats were to nominate someone capable of carrying normally blue Michigan (i.e., virtually anyone), then Amash, as a third-party draw for disaffected conservatives, could clinch that win.

All of which explains why House Republicans are hesitant to oust Amash from their ranks, despite his defiant stance on impeachment. As Trump’s protectors, they recognize the political peril of banishment. And as Lyndon B. Johnson used to say, it’s always better to have a dog inside the tent peeing out, than outside the tent peeing in.

Dick Polman is the national political columnist at WHYY in Philadelphia and a “Writer in Residence” at the University of Pennsylvania. Email him at dickpolman7@gmail.com.