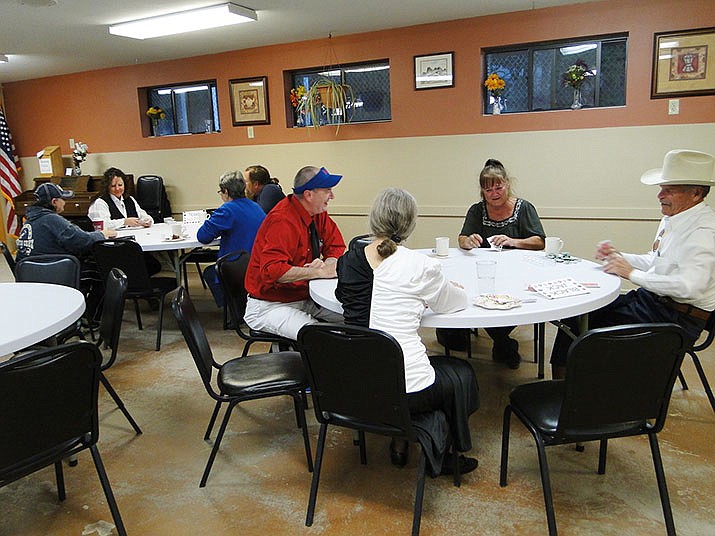 Having a casino come to your neighborhood is always great as you don’t have those long distances to drive in order to spend a few hours playing those popular card games. So on Saturday, May 18, Mayer Meals on Wheels hosted a Casino Night, which it hasn’t had in the past several years.

The prize tables were loaded with something to catch an eye. If you didn’t have enough “chip” money for the prize of your dreams, you just gambled a bit more in order to win. Dealers Terri Turner, Jack Williamson, Bill Rummer and Kevin Campbell did their best to make sure everyone had a good time, which was the purpose of the evening. The tables were full with the card players, but it was not crowded, so newcomers learning to play blackjack or poker were shown the ropes. Anice Grant, who has attended the Casino Nights in the past, said, “It was fun. I really had a good time.” And while raising money to keep Meals on Wheels available to those in the neighborhood who need it, people having fun is an important part of the fundraising process.