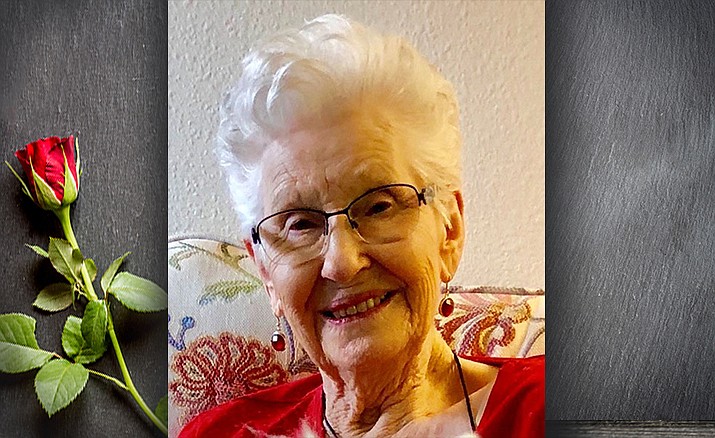 During childhood, on a farm in southeastern Washington state, she and a younger brother rode a bus to a school that housed all grades from 1st through 12th. After graduating in a class of 14, Mardell earned a BA degree from Eastern Washington College of Education (now University) in 1944. She took piano lessons from early school years onward and accompanied shows and dances throughout college.

She then taught in Walla Walla, where she met Lt. Donald Hull, stationed there in the U.S. Air Force. They were married in 1946 and had four children. Don’s career as a mechanical engineer for Phillips Petroleum took them to Oklahoma, Utah and Pennsylvania. Mardell taught 2nd and 4th grades for a total of 15 years, before and after child rearing.

In 1981 the Hulls retired to Prescott, built a pyramid house in “The Village” off Copper Basin Road and drove their motor home to every U.S. state and many areas of Canada and Mexico. They loved hiking and other travels as well. They both sang in church choirs wherever they lived, including the First Congregational Church in Prescott.

In 2005 Don’s cancer caused a move to Las Fuentes Retirement Resort, where he soon passed. Mardell stayed on in an independent living apartment, long chairing the Welcoming Committee, until 2012 when a broken pelvis moved her to the Assisted Living wing. There, she was widely admired for a winning personality and elegant appearance.

Internment at the Prescott National Cemetery. Arrangements were entrusted to Hampton Funeral Home.