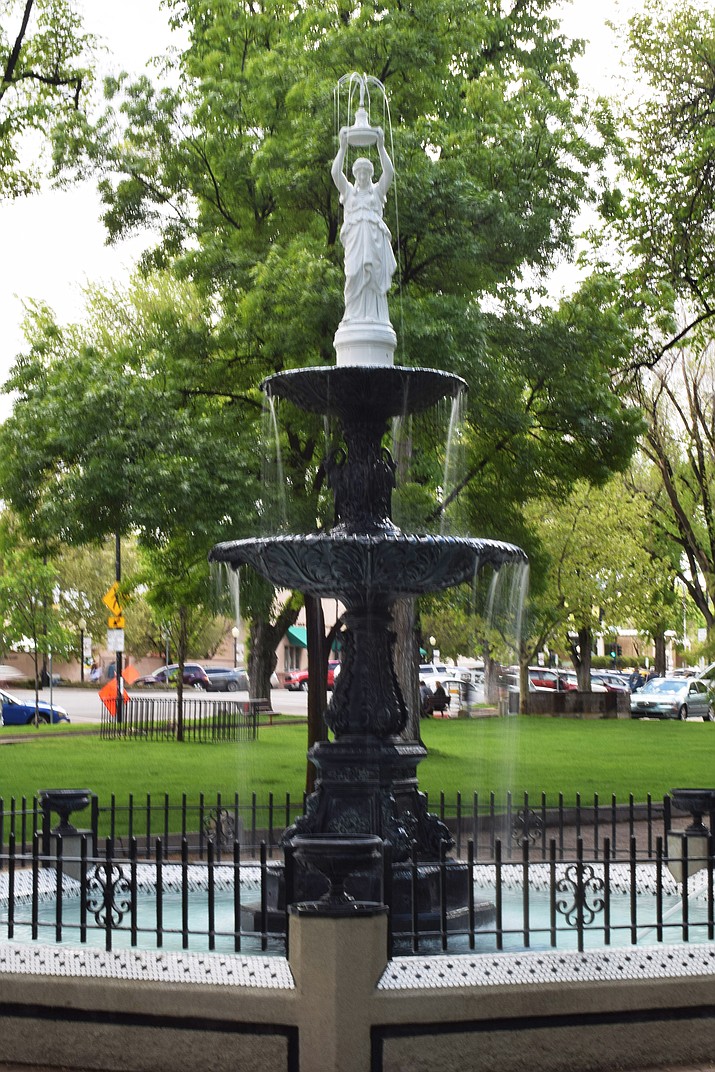 The National Association of Counties has awarded Yavapai County with a National Achievements Award in the category of Arts, Culture and Historic Preservation for the restoration of the Lady Ermintrude Fountain at the Yavapai County courthouse plaza in Prescott.

NACo will recognize Yavapai County at its 2019 Annual Conference and Exposition, July 12-15 in Clark County, Nevada.

Installed in 1910, the fountain remained at the courthouse plaza for more than 60 years before falling into disrepair. In 1976, it was dismantled and placed in storage at a museum in Prescott.

In 2016, county officials discovered the surviving courthouse fountain components, and a restoration project began. A foundry in Alabama that had the original statue pattern was commissioned, and the missing and broken pieces were recast. Yavapai County Facilities Department workers restored the basin to reflect its original 1910 style and the fountain was then reinstalled. A rededication ceremony was held on June 29, 2018.

The courthouse commemorated its centennial on Oct. 15, 2016. As the original state capital of Arizona following statehood on February 14, 1912, the courthouse was listed on the National Register of Historic Places in 1977 and recognized as one of the Great Places in America: Public Spaces by the American Planning Association in 2008.

Information provided by the Yavapai County Board of Supervisors.