Primary election would move up three weeks if bill passes 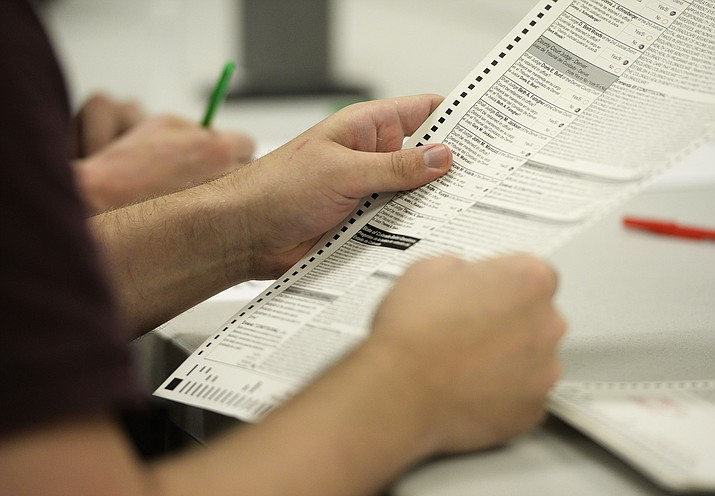 PHOENIX — Arizona voters may be on the verge of getting three more weeks of candidate speeches, robocalls, door hangars and mailers.

On a 39-21 vote, the state House approved legislation moving the state’s primary up to the first Tuesday in August. Current law puts it on the last Tuesday. The measure now needs final Senate approval before going to the governor.

Proponents say that change will give county election officials more time between the primary and the general election, always the first Tuesday in November, to prepare the ballot.

But there also is a political component: It gives wounds inflicted in divisive intraparty primaries more time to heal — and more time for the winner to reach out to those who were not supporters.

“In the state of Arizona we have one of the shortest time periods between our primary election and our general elections,’’ he said.

That limited time to campaign after the primary, Bolding said, is not a problem in the majority of legislative districts where one party has a huge edge in registered voters, as whoever wins the primary has an edge over the other party’s candidate.

“There’s other members that live in districts that are very competitive,’’ he said. “And they need time to not only run a competitive primary but also competitive general elections.’’

Bolding said that also is true with statewide elections.

“This will give statewide candidates (who win their primary elections) more time to travel the state, to have those conversations with constituents, more time for them to build support,’’ he said.

But Rep. Joanne Osborne, R-Goodyear, said that is the last thing she and her colleagues should be doing. In giving more time for general election campaigning the legislation effectively pushes up the primary races so they, too, will start earlier.

“In my district, they do not want three more weeks of looking at signs on their roads,’’ she said.

Rep. Kirsten Engel, D-Tucson, had her own objections. She said that a primary in early August can disenfranchise college students who have registered to vote at their college addresses but may not be back at school by that time.

Rep. Mitzi Epstein, D-Tempe, said lawmakers may be on the right track. But she suggested they were not being aggressive enough.

“There are more people in town in June,’’ she said, saying many states hold their primaries much earlier in the year.

The National Conference of State Legislatures reports only six states have their primaries later than the end of August. By contrast, two have March primaries, 11 go to the polls in May and 17 states have June primaries.