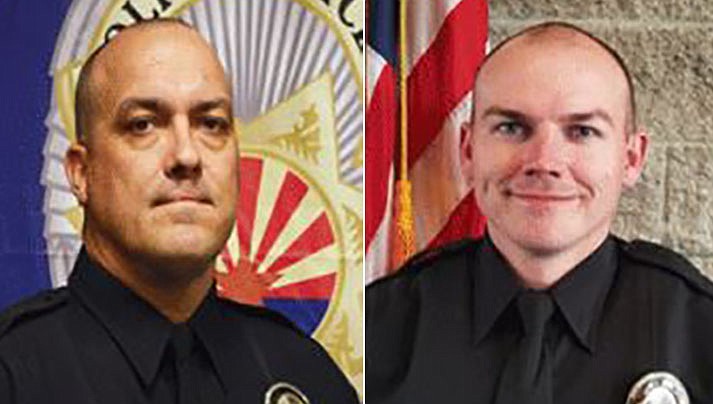 Members of the Prescott Valley Police Department are encouraged to make special efforts in reaching out and interacting with citizens in a positive, meaningful way. Officer Paul Hines and Officer Branden Kelly recently delivered on that effort.

On Sunday, April 28, Hines and Kelly were sent to the Valley View Apartments on a report of a found child. Upon arrival, the officers made contact with the youth and eventually found the child’s distraught mother looking for her son. After further investigation, the officers found out that the child had recently learned how to open their door even with the deadbolt lock engaged and he escaped while the mother was cooking dinner for her three kids.

After noticing that the higher latch lock on the mother’s front door was broken, Kelly went to Wal-Mart and bought a front chain latch for the mother. After his return to the home, the officers installed the new lock for the mother and made sure the child could not open it.

This action illustrates the compassionate spirit that Prescott Valley Police Department wants to see its officers display on a daily basis.