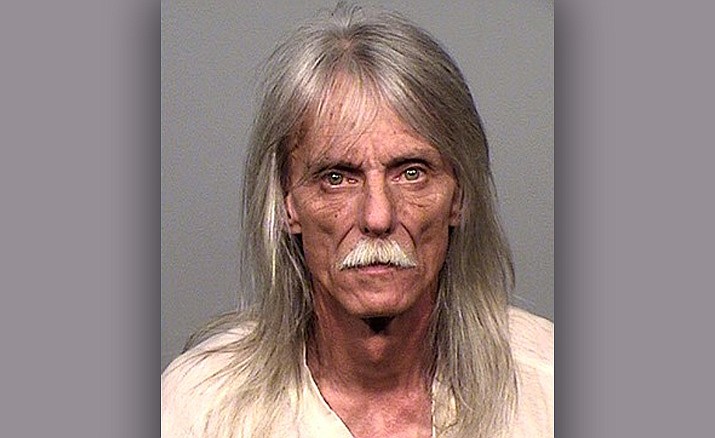 Earlier that day, Cottonwood police received information that Wiles had been “caught on a surveillance camera at his former place of employment setting off plastic bottle bombs in their parking lot,” according to a press release from CPD Professional Standards Sgt. Monica Kuhlt.

Kuhlt also stated that the parking lot was processed and “there were a lot of similarities” to plastic bottle bombs that Cottonwood police and Cottonwood Fire and Medical responded to twice in late October 2018.

The location that the plastic bottle bombs were located is “also in close proximity to Wiles’ residence,” Kuhlt stated.

According to the press release, Arizona Department of Public Safety Bomb Squad and Hazmat Team helped Cottonwood police serve a search warrant that led to the arrest.

Kuhlt also stated that evidence was collected from Wiles’ residence and vehicle.

Cottonwood Police notified the Bureau of Alcohol, Tobacco, Firearms and Explosives of the incident, who Kuhlt stated “took custody of some of the evidence and are analyzing it.”

Wiles, who could face additional charges once the lab analysis is concluded, was booked into the Yavapai County Detention Center and is still in custody on a $6,500 bond.

Each of the charges against Wiles is a felony, Kuhlt also stated.

“This kind of crime is usually committed by juveniles and young adults,” said Kuhlt. “Not sure why someone approaching senior citizen status engaged in this type of behavior. However, we want to thank DPS Bomb Squad and Hazmat Team along with ATF for their assistance with this investigation. With their assistance no one was injured or property damaged and the suspect was arrested.”