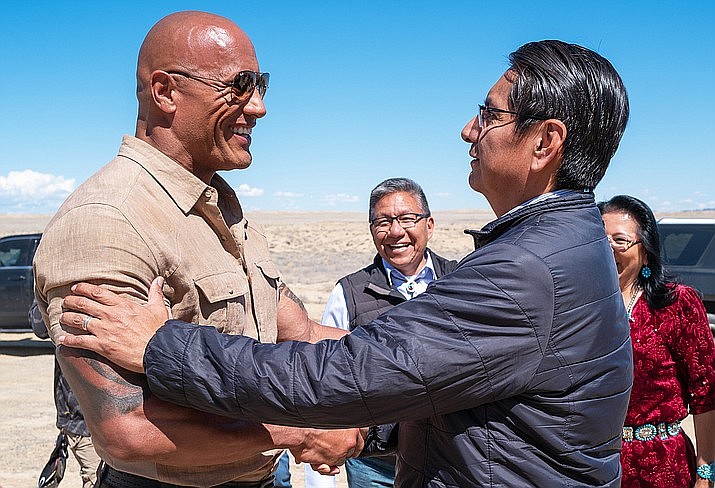 “I’m thrilled such a significant production chose New Mexico. I’m particularly excited they chose such a beautiful location,” said New Mexico Gov. Michelle Lujan Grisham. “We want to develop a film industry as broad and inclusive as our wide-open vistas, extending into rural areas all across the state. This shoot represents a step toward that goal.”

Navajo Nation President Jonathan Nez extended the Nation’s welcome and appreciation to the Jumanji production team and cast for filming on the Nation.

“We know this corner of New Mexico has stunning natural scenery and open space and are delighted that Sony Pictures was able to work with the Navajo Nation on this production,” said Cabinet Secretary Alicia J. Keyes of the New Mexico Economic Development Department.

Keyes noted the new film incentives law starting July 1, 2019 gives productions an additional 5 percent credit for filming in rural areas and hopes that this will prompt producers to take a closer look at the natural attractions outside the Rio Grande corridor. 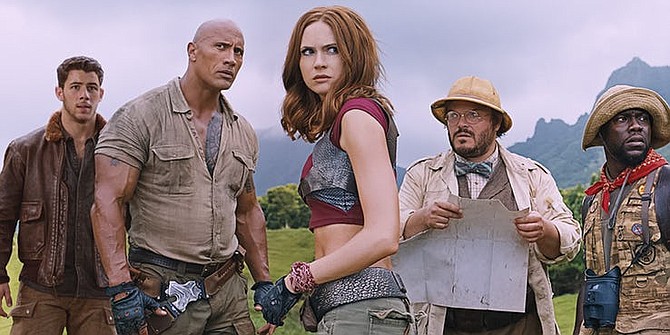 Jumanji 3 features the same main cast and crew as Welcome to the Jungle. (Sony Pictures)

The production prepped for a month in the region prior to their principal photography. These prep and production efforts employed approximately 100 New Mexico crew members from the strong filming infrastructure in the state.

The film opens in theatres Dec. 13.