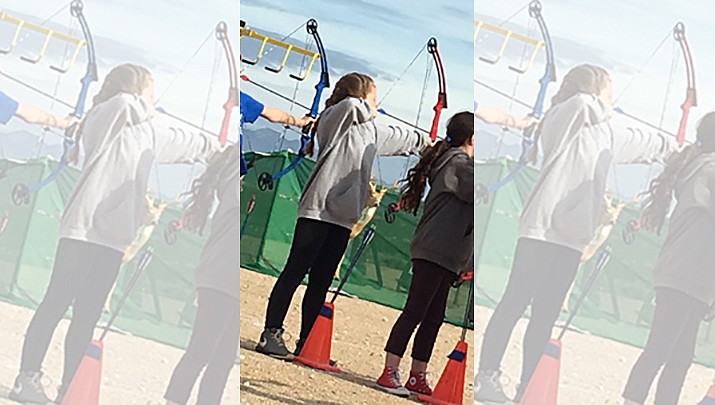 Bailey York, a fourth-grader, is the Chino Valley Unified School District Student of the Week. (CVUSD/Courtesy)

Bailey York, a fourth-grader in Mr. Robitaille’s class loves learning about history and going on all the awesome informational field trips fourth grade takes like to the Grand Canyon, Montezuma’s Well and Castle, and Sharlot Hall Museum.

Bailey loves school because she knows everyone here on the Del Rio campus; she feels like she belongs. Along with history, Bailey enjoys learning about poetry and creating her own.

When not in school, Bailey can be found hanging out with friends playing soccer, walking her dogs, or more importantly competing in archery.

Bailey joined archery because of a friend’s encouragement and the coach being a family friend. She enjoys the whole process of archery, especially the fact that it’s an individual competition that’s complied together to make a team score.

Last weekend, Bailey had the privilege of going to the National Archery competition in Utah where the Chino Valley Archery team placed fourth overall. Bailey enjoyed traveling to Utah, where “there was so much beauty to be seen” with her whole family including her grandparents. On the day of the competition, Bailey stated she “was terrified, it is so competitive, but I tried to do my best and even though I didn’t beat my personal best, I did learn that I shouldn’t stress the small stuff so much.” What a great lesson we can learn from Bailey! Bailey hopes to continue working on her shooting skills and maybe one day be a professional archer or in the Olympics.

No matter what, we are so proud of Bailey York and all the archers that competed and represented Del Rio School and Chino Valley Unified!