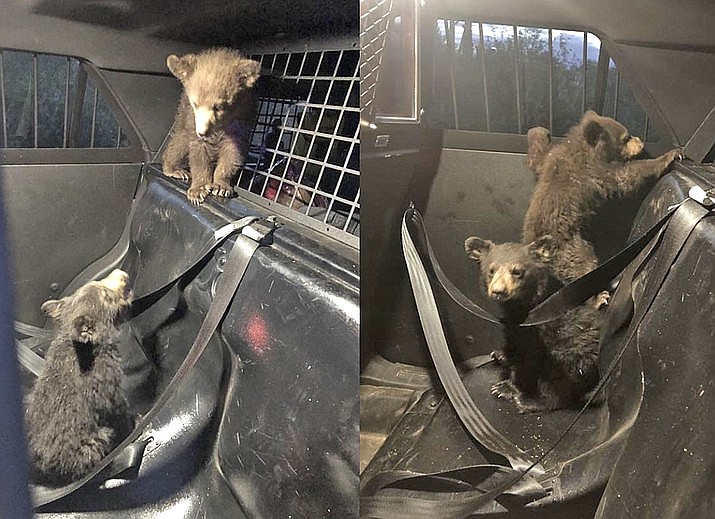 ORACLE, Ariz. — A bear was killed and three cubs were recovered following a motor vehicle accident near Oracle, Arizona on April 29.

An Arizona Department of Public Safety spokesman said in a release the accident occurred on Route 77 at Dudleyville.

The responding trooper found the mother bear had died from her injuries, but located three cubs nearby.

With the help of Hayden Police Department officers and a bystander, two of the cubs were quickly loaded into the back of the troopers patrol car.

An officer from Arizona Game and Fish Department arrived shortly after and the third cub was successfully caught.

All three cubs were turned over to AZGFD and transported to Southwest Wildlife Conservation Center in Scottsdale for rehabilitation and possible release back into the wild.