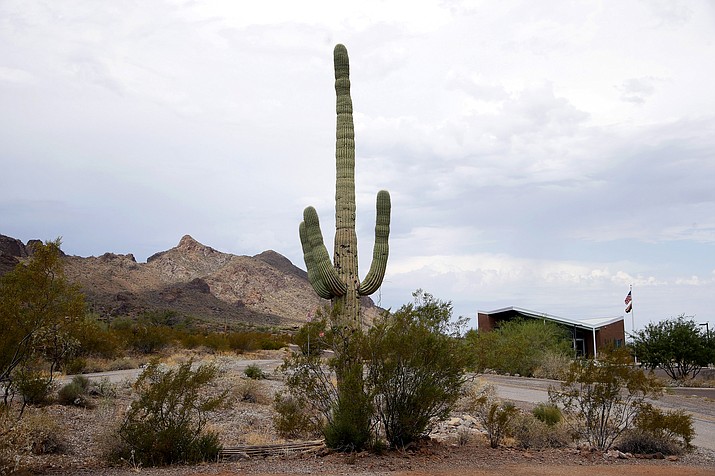 A lone saguaro looms over the entrance of the Picacho Peak State Park in Picacho on Friday, July 31, 2015. Authorities say no charges are anticipated after a teenage Boy Scout died on Saturday, April 27, 2019, while on a troop hiking trip at Picacho Peak State Park, between Phoenix and Tucson. (Ross D. Franklin/AP, file)

PHOENIX — The family of a 16-year-old Boy Scout who collapsed and died while on a troop hiking trip in the southern Arizona desert says he loved scouting and that he and fellow scouts and their leaders were experienced hikers "fully prepared" for their planned activities.

His family said in a statement released Friday night through the Boy Scouts that help was called immediately and life-saving measures taken "but unfortunately unable to revive him."

Sheriff's officials said the hikers had water but ran out at the top of the trail up 1,500-foot Picacho Peak.

Cause of death was not immediately available but sheriff's officials said the boy showed signs of extreme dehydration and died on the way down.