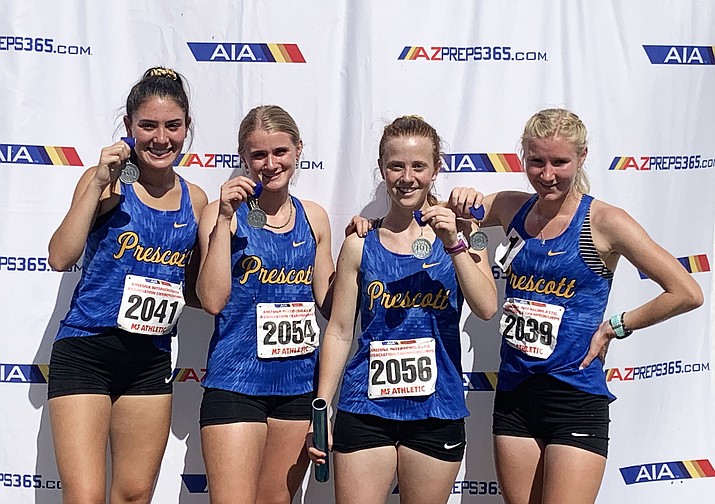 What follows is a brief breakdown regarding the other top finishers from the Quad Cities on opening day at the D-III and D-IV state meets.

In the D-III finals, Matthew Kaitschuck medaled in the javelin by placing fourth with a new school-record throw of 161’ 1”.

In the preliminaries, the Prescott girls’ 4x100 relay team of Melia Hoyt, Emma Alvarez, Lily Jensen and Kari Kasun tallied the fastest time on the day in 50.02 seconds to qualify for Saturday’s finals. 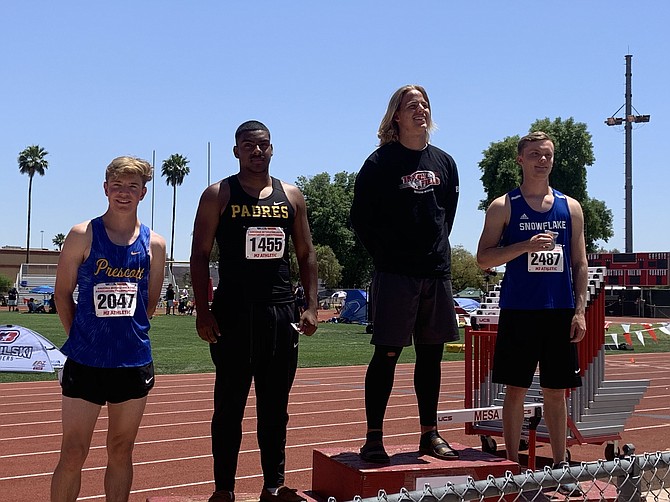 In addition to his D-III state crown in the javelin, Shaver finished strongly in the discus, placing fifth with a throw of 140’ 11”. Zion Padilla Melton finished 13th in the javelin (144’ 10”).

For the Bears girls, thrower Caitlynn Neal took eighth in the javelin with a personal record toss of 104’ 5”.

In the prelims, Lane Evens placed second in Heat 3 in the 300 hurdles. The 4x100 girls relay team of Haley Hastings, Lauren Foster, Natalie Banister and Madi Foster claimed eighth in Heat 2, notching a time of 53.45 seconds.

On the Division IV side, Mayer’s Kacie Colquitt placed seventh in the shot put finals with a throw of 31’ 6.25”.

Admission costs $10 per adult and $5 for students with a high school ID, active military members, and seniors ages 62 and older. Children ages 5 and younger get in free.