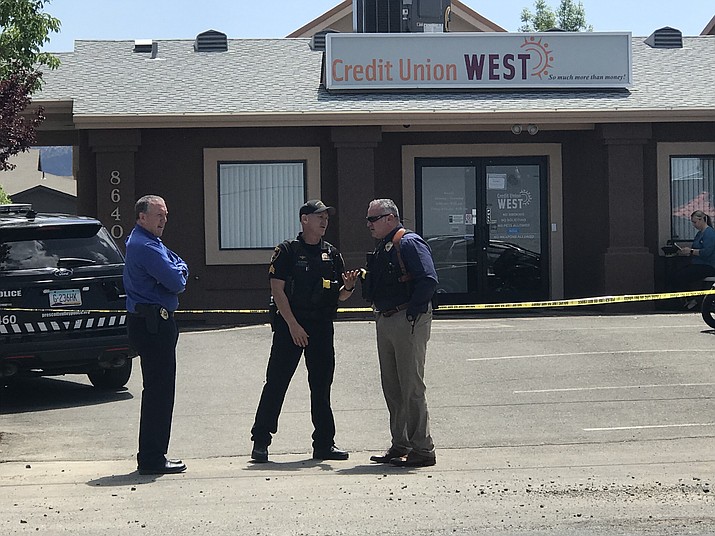 EDITOR'S NOTE: This story is updated from a previous version to include the suspect photo. For an updated version of this story, click here.

A little after 1 p.m. Friday, police responded to a robbery call at the Credit Union West bank in Prescott Valley and are actively searching for a suspect who fled with an undisclosed amount of cash.

Officers with the Prescott Valley Police Department told the Courier that a white male, approximately 6-foot-2, medium build, in his 50s had robbed Credit Union West, which is located at 8640 East AZ-69. 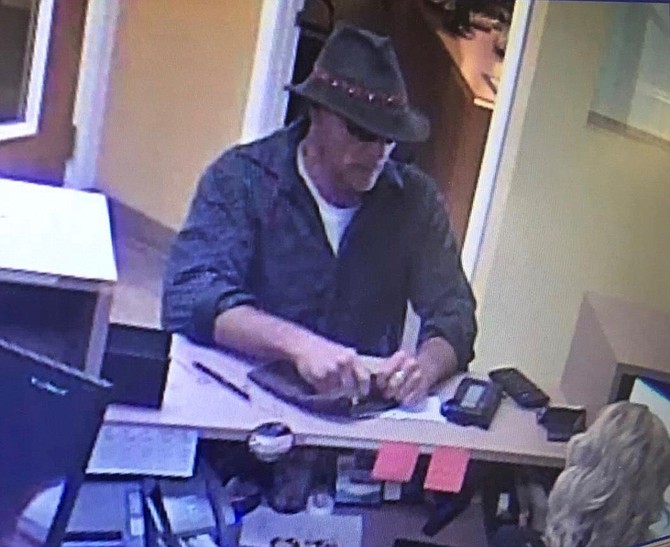 The suspect was described as having salt and pepper-colored beard and wearing blue jeans with holes at the knees. The suspect wore a red colored shirt, brown fedora, sunglasses, and was last seen heading northbound on foot on Navajo Drive.

No weapon was reportedly seen during the robbery, according to police.

No other information was available. Watch The Daily Courier and dCourier.com for more. 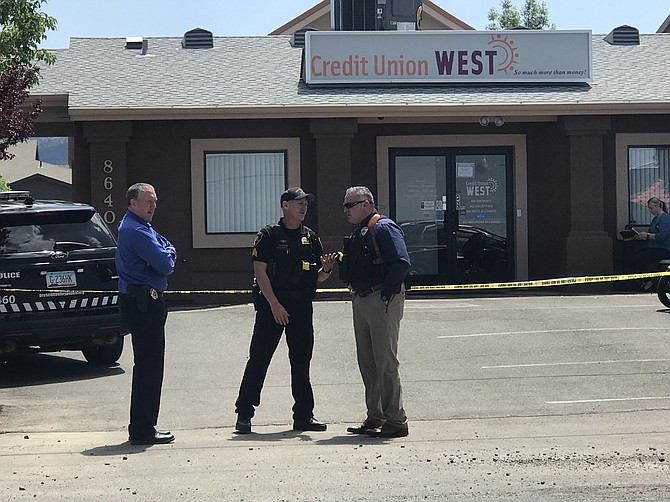 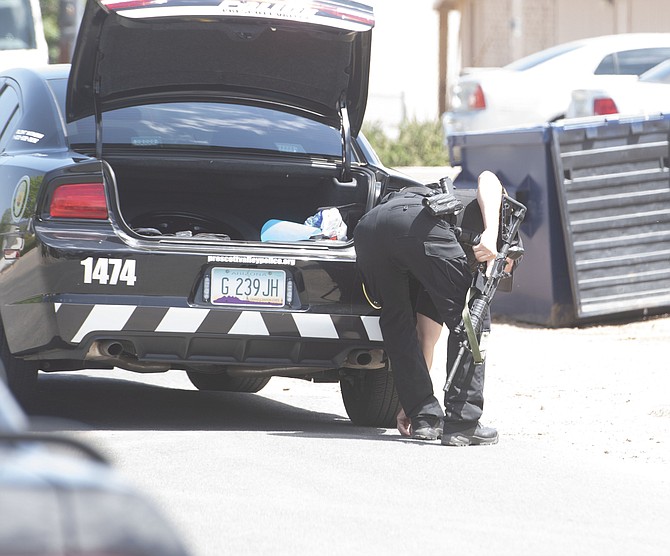 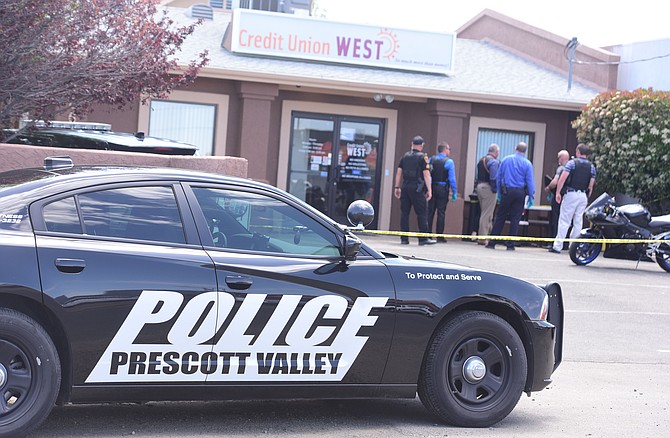