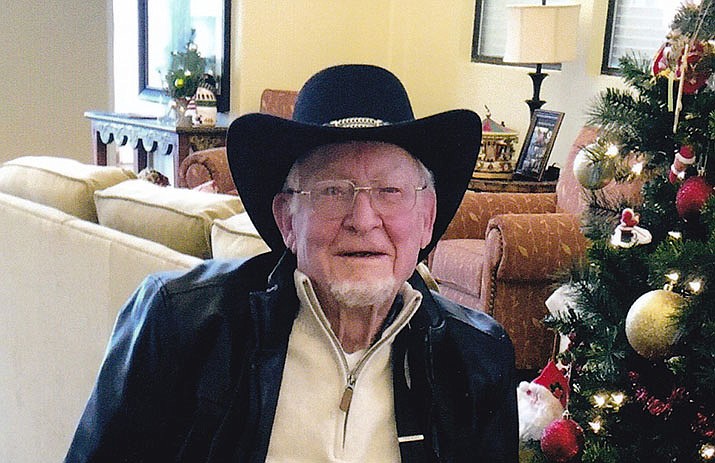 After graduating high school, he attended Oberlin College before joining the Army in 1941. He went to flight school and developed a lifelong passion for flying. After leaving the Army in 1946, he joined the Air National Guard where he remained until 1975 and retired as a Brigadier General.

His passion for music was well known and the “General” could often be found at the Moose Lodge on Friday nights, listening to his favorite bands. On Sundays he was a regular at the Palace where, along with friends, he listened to Jerry play the honky-tonk piano.

All who knew “Mr. Lucky” are invited to a Celebration of Life on May 4 from 1-4 p.m., at the Moose Lodge in Prescott Valley. Join his many friends for music and an opportunity to share remembrances.