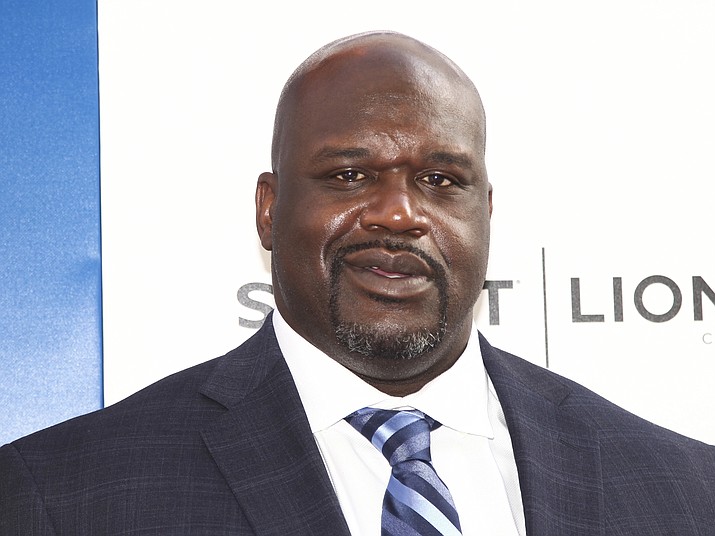 In this June 26, 2018 photo, Shaquille O’Neal attends the world premiere of “Uncle Drew” at Alice Tully Hall in New York. Papa John’s has a new pitchman: Shaquille O’Neal. The chain says the basketball Hall of Famer will appear on TV commercials and other advertisements. He will also join the company’s board of directors and invest in nine of its restaurants. (Andy Kropa/Invision via AP)

The pizza chain said Friday that basketball Hall of Famer Shaquille O’Neal will be its new pitchman, appearing in TV commercials and promoting Papa John’s in other ways.

The company hopes O’Neal can repair its image and revive its sales after the company’s founder and namesake, John Schnatter, made racially insensitive remarks.

Besides being a spokesman, O’Neal will also join the company’s board of directors and invest in nine of its restaurants in the Atlanta area.

“If you want to enjoy great pizza and feel loved by the people that serve the pizza, you can come back home now,” O’Neal said in an interview with The Associated Press. “’The Daddy’ is here.”

The problems at Papa John’s started in 2017, when Schnatter criticized the NFL’s leadership and blamed protests by football players for falling pizza sales.

Last year it was revealed that he used a racial slur during a media training session. Schnatter apologized for the slur and the company scrubbed his face from the company’s logo and pizza boxes.

He is still the Louisville, Kentucky-based company’s biggest shareholder.

O’Neal said Schnatter’s comments were “not acceptable,” and said he told the company’s executives that it needed more diversity in its leadership.

He says he’s the first African-American to join Papa John’s board.

“We want to create a culture to let everybody know that they’re loved, accepted and wanted,” O’Neal said.

Papa John’s International Inc. said it will pay the basketball star more than $8 million in cash and company stock for the three-year endorsement deal.

Papa John’s says founder resigned as chairman of the board.
Papa John's is pulling founder's image from its marketing
Papa John's founder: I should be back as chain's public face
Phoenix Suns to host NBL’s New Zealand Breakers for exhibition
Shaq, Iverson HOF finalists, Yao could join them