Editorial: Medical marijuana, products is all about words 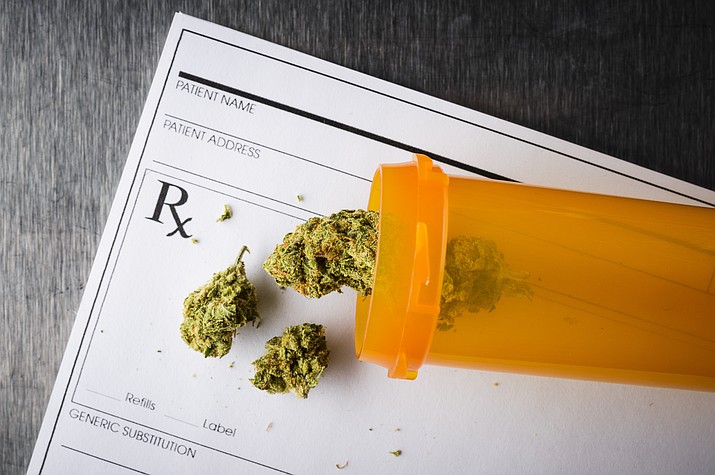 What truly happens comes down to words and intent, and left to the courts — it is words that speak the loudest.

It was all about words for the City of Prescott sales tax years ago when the community learned the City Council could spend more of the money on roads, instead of on open space. The word was “may” instead of “will” spend it equally on each.

A case this week involves the 2010 ballot measure that legalized marijuana for medical uses.

At issue, before the Arizona Supreme Court on Tuesday was whether voters intended to legalize the use of only the plant or if they thought of everything that can come from it — including edible candies and extracts, such as hashish.

A Yavapai County prosecutor, Benjamin Kreutzberg, told the high court that Arizonans never intended to legalize the use of extracts and edible products made from them when they approved the Arizona Medical Marijuana Act.

That would be limiting it to the flowers and leaves of the marijuana plant.

Recently retired Justice John Pelander, sitting on the court until his replacement is appointed, said that distinction was not evident in the materials voters received; in fact, he added, the definition of marijuana in the voter-approved law includes “all parts” of the plant.

Further, Chief Justice Scott Bales acknowledged that reading the law the way Kreutzberg suggests — allowing the use of only leaves and flowers — would mean that edibles made from extracts would be illegal. “But it would be irrational because it would force people to use the least effective way of obtaining the therapeutic effects that are thought to be associated with cannabinoids,’’ Bales said. “It would mean you would have to eat a lot of well-baked brownies.”

Our point is voters did not comprehend “all parts” to mean extracts, resins or ultimately candies. They cared more about legalizing it for cancer patients. Period.

At issue is the conviction of Rodney Jones for possession of 0.05 ounces of hashish. He has a state-issued medical marijuana card and obtained the hashish from a state-licensed dispensary. Prosecuted by the Yavapai County Attorney’s Office, he was sentenced to 2.5 years in prison.

We are more concerned that, first, the dispensaries are selling all manner of products through what appears to be a loophole. Secondly, as we have stated in this space before, ballot measures must be vetted before going to the voters.

Otherwise you end up making the Supreme Court into a kangaroo court discussing pot brownies, which they did — ending with one justice commenting they now know how to make them.