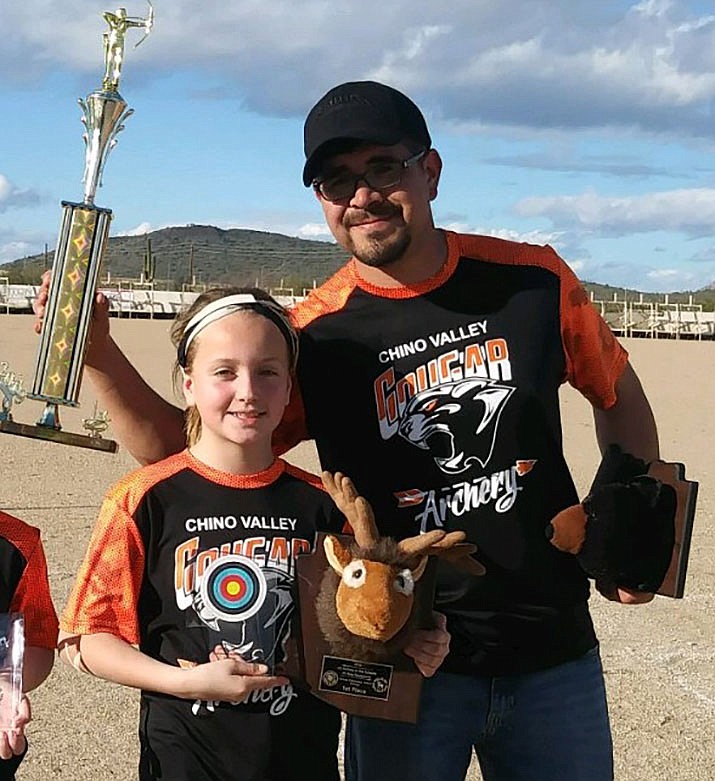 Bailey James, the Student of the Week, has also found success with archery. (CVUSD/Courtesy)

These are the 11 steps for archery success quoted by our very own Bailey James, who is the Student of the Week.

Bailey took first place in not only the target competition but the 3D competition as well at the state archery tournament last month.

Bailey gives credit to her father for always encouraging her to do her best as well as her sister who also competes in archery. She has memorized the 11 steps of archery, and she says she always focuses on step 11 - reflect.

“When you compete, you get super nervous, but if you focus on the next round and how you can perform better instead of focusing on the score I always seem to improve.”

“Archery is not like any other sport I have played,” Bailey said. “I’ve done cheer and baseball, but archery feels like where I belong - I love it!”

Bailey is off to nationals later this year and hopes to one day be a famous Olympic archer. We are so proud of the time and commitment Bailey has put towards the Del Rio Archery Team and the impact she is making! Keep on shooting for the stars Bailey.