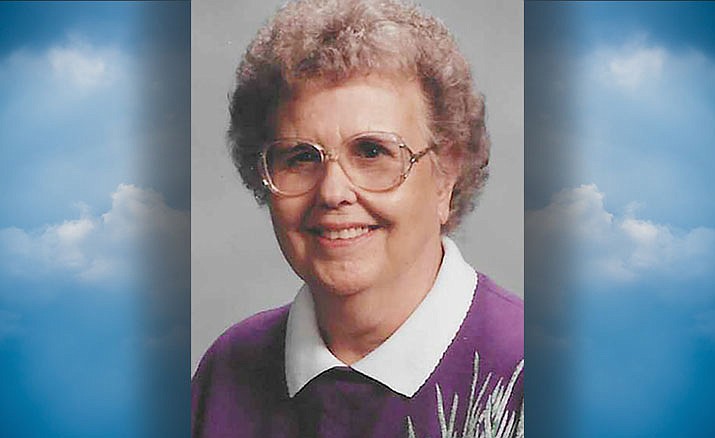 She was a longtime resident of Prescott, having moved her family here in 1951. Frances was a second-generation native of Arizona, the daughter of Arizona pioneers, Carl Hanger and Winifred Isaac, whose families arrived in Maricopa County by covered wagon in the late 1800s.

Frances moved to the Tempe/Kyrene area in 1925 where her family owned and operated the Hanger Dairy near Guadalupe and Baseline Roads. She attended Kyrene School when it was just four one-room buildings with two grades to a room. She graduated from Tempe Union High School and attended Arizona State Teacher College for one year before entering Good Samaritan School of Nursing.

Frances worked as a nurse in Prescott and Phoenix for 30 years eventually assuming management positions in the medical field.

A devoted member of the Church of Christ, Frances leaves behind five children: Nancy Krause (Bill), Tommy Bumgardner, Ronnie Bates (Patti), Peggy Gonzalez (Hector), and Sandra Shaffer (Boyd). She was cherished by 17 grandchildren and 28 great-grandchildren, as well as many nieces and nephews. Having been preceded in death by five siblings, Frances is survived by her beloved sister, Marion Lober.

Arrangements are handled by Hampton Funeral Home in Prescott, Arizona.