Update: Sunday’s 89A collision still under investigation; impairment does not appear to be factor
2 people were flown to level-1 trauma centers with serious injuries 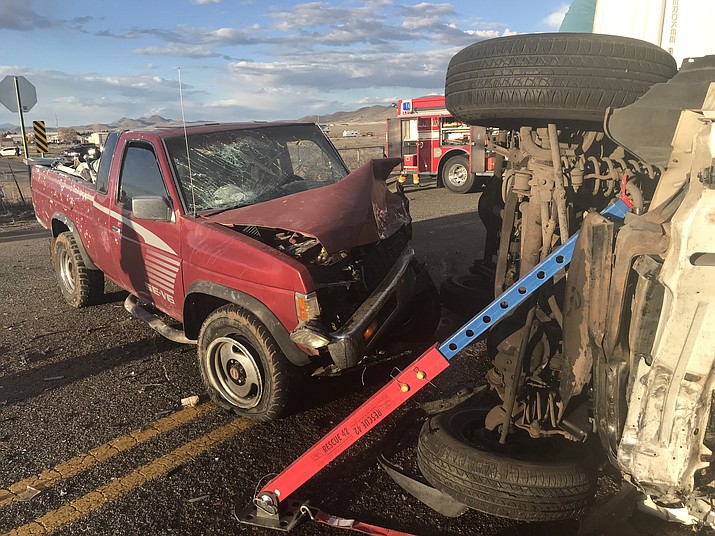 EDITOR’S NOTE: This story is an update from an initial brief The Daily Courier posted online late Sunday night. For that initial story from Sunday, click here to read.

Seven people were injured and Highway 89A was closed for about four hours due to a crash on the north end of Prescott Valley Sunday night, March 17.

Emergency responders were dispatched to the wreck at the intersection of Highway 89A and Coyote Springs Road at about 5:44 p.m., according to a Prescott Valley Police Department (PVPD) news release. When they arrived, they found two heavily-damaged vehicles with one on its side.

Emergency crews required closure of the highway for about four hours while officers completed the investigation and removed debris. Though the collision is still under investigation, impairment does not appear to be a factor, PVPD reported.

“It appears that failure to wear seat belts contributed to more extensive injuries in this collision,” said Heidi Dahms Foster with the Town of Prescott Valley. “One of the vehicles had four occupants, none of which were wearing a seat belt.”