Update: 1 dead in Highway 89 crash north of Chino Valley
2 others helicoptered to Flagstaff with serious injuries 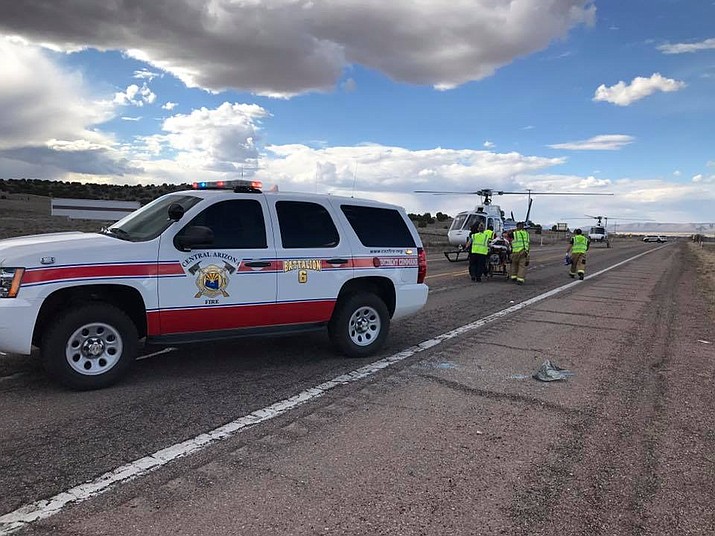 One person died and two were seriously injured in a two-vehicle crash on Highway 89 near Bethany Lane in Chino Valley Monday afternoon, March 18.

Emergency personnel responded to the scene shortly before 4 p.m. and reported two heavily-damaged vehicles with a total of three occupants.

One of the occupants was declared dead at the scene and the other two were flown to a level 1 trauma center in Flagstaff with life threatening injuries, according to the Central Arizona Fire and Medical Authority (CAFMA).

Highway 89 was closed in both directions and traffic was diverted onto Old Highway 89 while crews worked the scene.

The name of the deceased and others involved in the crash were not released. Watch The Daily Courier and dCourier.com for updates.