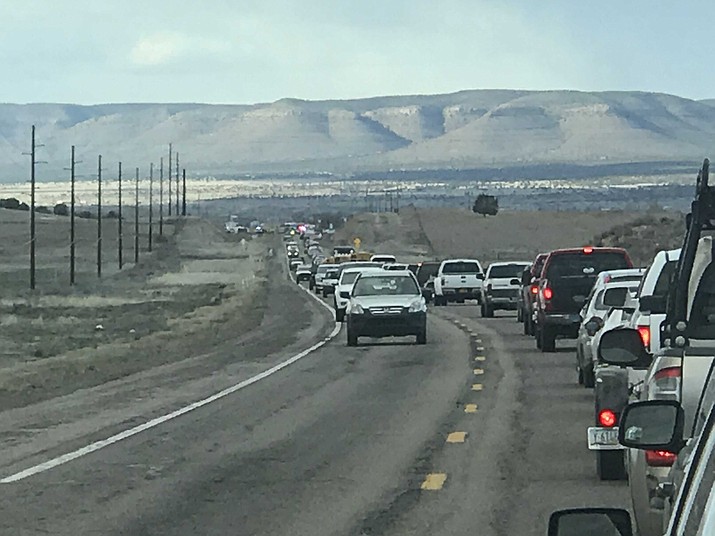 Traffic was significantly backed up along Highway 89 between Chino Valley and Paulden late Monday afternoon, March 18, due to a fatal accident.

Preliminary information has come in about a fatal crash on Highway 89 near Bethany Lane in Chino Valley Monday afternoon, March 18.

Initial reports to the Prescott Regional Public Safety Communication Center at about 3:45 p.m. described two heavily-damaged vehicles with one rolled over.

Chino Valley Police Department Lt. Randy Chapman confirmed that one of the vehicles’ occupants has been declared dead on the scene.

Traffic is being diverted onto Old Highway 89 while emergency responders handle the cleanup and investigation, Chapman said.