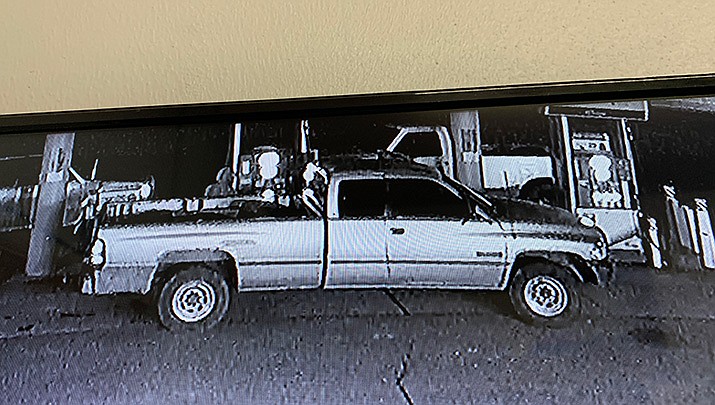 Suspects reportedly stole a debit card from an 86-year-old man living in a group home in Dewey and then went on a $1,200 spending spree at local home improvement stores, fast-food restaurants, and a gas station.

The Yavapai County Sheriff’s Office is investigating the theft of a debit card from the man’s wallet. The theft was reported on March 3.

According to a YCSO news release, an ongoing investigation discovered that the debit card had been used, starting on March 1, at various businesses including Home Depot, Hobby Lobby, Burger King, McDonald’s, Subway and Jack-in-the-Box.

The suspect or suspects also reportedly went to the Chevron at Highway 69 and Kachina Place in Dewey on two occasions, charging a total of $200 for gas.

Suspect vehicles are also visible. Deputies would like to identify these suspects and are seeking help from the public.

Callers are never are required to give their name and become eligible for a cash reward if anyone is arrested in this case.

YCSO maintains that “it is just a matter of time” before they find the suspects, adding “We encourage you to turn yourself in immediately.”

Information and photos provided by the Yavapai County Sheriff’s Office.