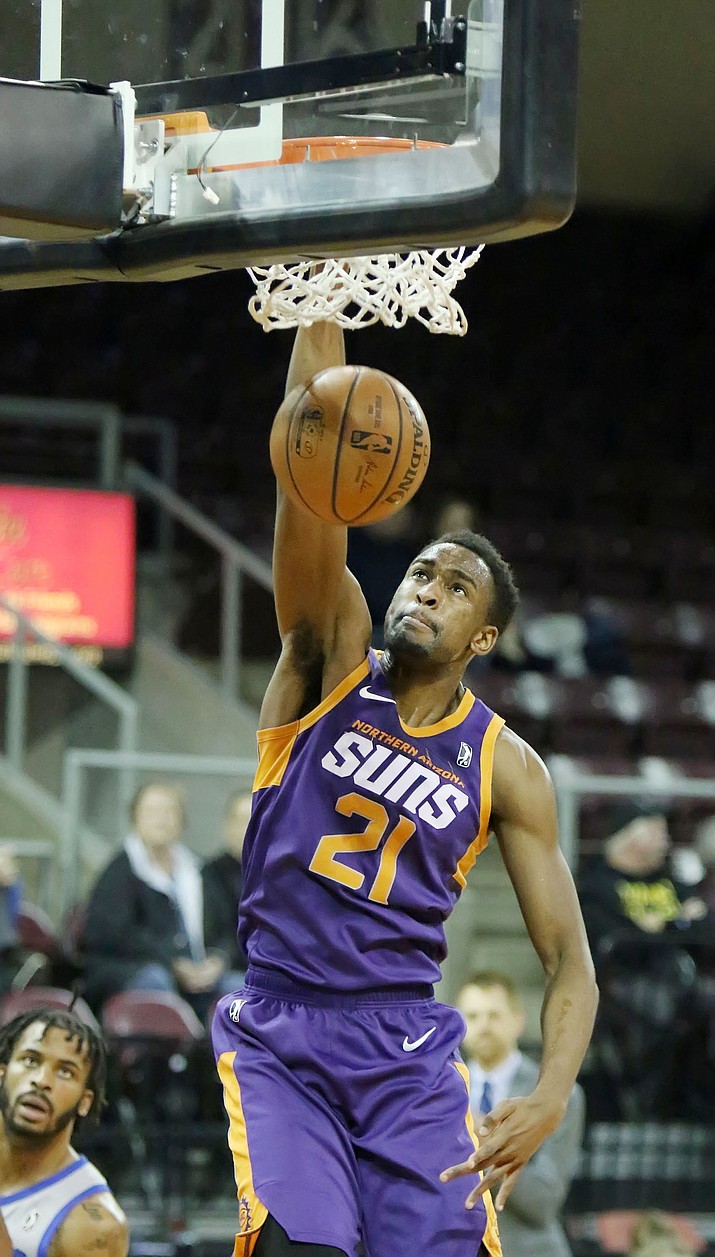 PRESCOTT VALLEY — Everything went right for the Northern Arizona Suns on Sunday, March 10, and on the surface, nothing seemed to go poorly. That sounds like a good recipe for success.

The Suns led wire-to-wire and set multiple season highs at the Findlay Toyota Center, as they stomped the Texas Legends 135-105.

The Suns scored a season-high, held their largest lead and earned their largest margin of victory of the year, taking the series 2-1 against the Legends. The Suns (11-34) have won back-to-back games and four of their last seven. The Legends (15-30) lost their 16th straight road game, tying the fifth longest road losing streak in NBA G League history. They haven’t won away from home since Nov. 30 at the Santa Cruz Warriors. They’re now 2-21 on the road this season. 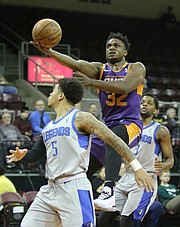 Aaron Epps and Retin Obasohan both turned in massive performances in the Suns’ win. Epps scored a career-high 29 points on 12-of-18 shooting, including 5-of-10 from distance, to go with 13 rebounds, three steals and a block. This was his ninth double-double of the season, the most on the team. Obasohan became the second Suns player to achieve a triple-double in team history (Josh Gray had three in his Suns’ tenure), with 15 points (5-7 FG, 5-6 FT), 12 assists, 11 rebounds and three steals. Obasohan set career-highs in both rebounds and assists.

The Northern Arizona Suns will play their second installment of the season-ending six-game homestand on Tuesday, March 12, against the Agua Caliente Clippers at 6:30 p.m. The Legends head back home for three games, starting Tuesday against the Oklahoma City Blue at 5 p.m.

Information and photos provided by the Northern Arizona Suns.