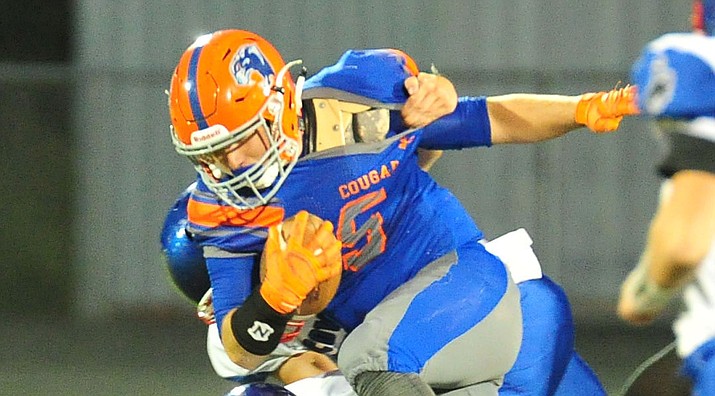 Paulus, a four-year varsity letter winner in football, earned various 3A All-Conference awards, including 2018 3A West Offensive Player of the Year and 2018 3A All-State Honorable Mention accolades.

Last fall, Paulus served as team captain. He will become the third Chino Valley graduate to play at Dakota State for former Chino Valley coach Josh Anderson (2003-05). Jared Chavez (2016) and Cole Whisenhunt (2009) were the others.

“Michael is a dynamic athlete who has literally played, and is capable of playing in college, every offensive and defensive skilled position,” Anderson said.

Krug added that he is thrilled for Paulus, who represents the seventh Chino Valley football player since 2016 to sign a National Letter of Intent for football.

“I am really proud of Michael having the opportunity to play at DSU with coach Anderson,” Krug said. “Michael was a great player and leader on the team over the past four years. He has worked hard, and earned a great opportunity to go and play at the collegiate level. We wish Michael the best of luck.”