When does daylight savings time begin in 2019? 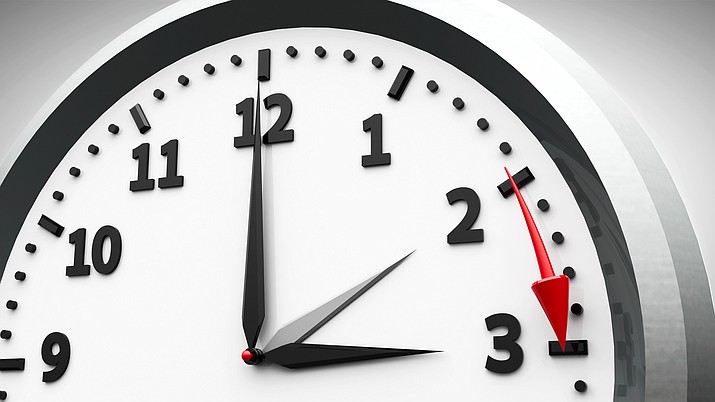 When do the clocks spring forward? For much of the country, Daylight Saving Time 2019 begins at 2 a.m. local time on Sunday, March 10. (Courier stock photo)

When do the clocks spring forward?

Daylight Saving Time is observed everywhere in the U.S. except Arizona, Hawaii, American Samoa, Guam, Puerto Rico, the Virgin Islands. The exception in Arizona is the Navajo Indian Reservation, which does observe Daylight Savings Time.

If you're outside Arizona, you should set your clocks and watches forward to 3 a.m., if they don't do it themselves.

Many credit the idea of Daylight Saving Time to Benjamin Franklin, but the idea really got going as an energy-saving measure during World War I. The U.S. began turning the clocks back in 1918.

In 2017, a Massachusetts commission considering changing the Bay State’s time zone recommended keeping Daylight Saving Time year-round, but only if a majority of Northeast states also wanted to.

Californians voted in November in favor of permanent Daylight Saving Time, a measure called Proposition 7. But to take effect, the California legislature and U.S. Congress would have to approve it.